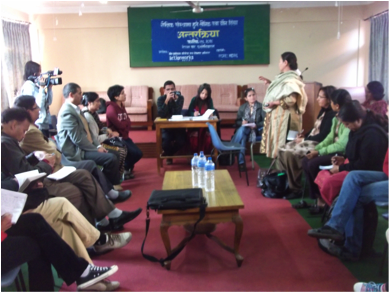 The Situation: Instances of sexual violence in public spaces in Nepal have been on the rise. In one brutal case, a 21-year old nun was gang raped on public transport in June 2011. In August 2011, two proctors (sometimes locally known as invigilators) sexually harassed university students in a final exam. The reported incident was not only ignored by the authorities and government, but it resulted in threats to human rights organization Action Works Nepal (AWON), its volunteers, and the media for disclosing the issue and advocating for the students.

The Rapid Response: AWON is a young, multi-disciplinary group of people working for peace, prosperity, and a just society in Nepal and beyond. AWON focuses on human rights, specifically women’s and children’s, as well as climate change and natural resource management. The organization used an Urgent Action Fund grant to initiate an awareness-raising campaign, which included a press conference, a government petition, a convening of academics and lawyers to garner support for sexual harassment policy change, and dissemination of information through radio programs, stickers and flyers, and workshops.

The Impact: In November, AWON organized two press conferences to raise public awareness about recent incidents of sexual harassment against girl students and women’s rights activists. By submitting a petition to major political parties and to the university in which the harassment took place, AWON contributed to two cases being registered in the district court and the police office, one about sexual harassment in educational institutions, and one about harassment in public transport. Also in November, AWON conducted well-attended educational sessions for unions, researchers, media, lawyers, taxi divers, lawmakers, and university representatives on the issue of sexual harassment. 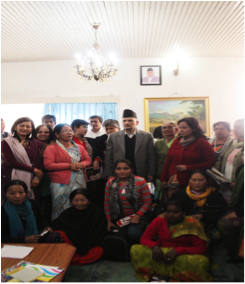