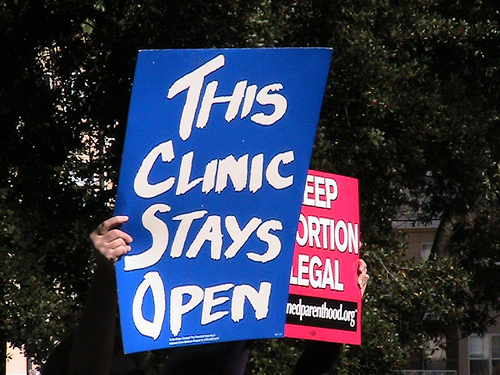 The Situation: In March 2011 the state of Virginia General Assembly passed a bill involving the “targeted regulation of abortion providers,” or “TRAP.” The TRAP bill represents an emerging trend of anti-choice legislation in which regulations are put in place that make abortion difficult or impossible to access. Soon after the March legislation passed, the state also required women’s health centers to be reclassified from outpatient facilities to a kind of hospital, which entailed costly and burdensome changes to procedures and even building architecture, potentially forcing many clinics to close. All of this threatened the already scarce access to abortions and general health care services for women in rural areas.

The Rapid Response: The Virginia Coalition to Protect Women’s Health (VCPWH) is a coalition of reproductive rights and health advocacy groups and women’s health centers. The coalition combats politically-motivated regulations of health centers that provide 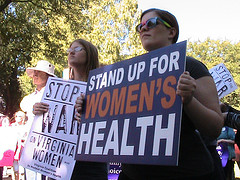 abortion in Virginia. VCPWH recognized the urgency of taking action prior to the governor’s decision on the proposed TRAP bill. The Coalition used Urgent Action Fund support to hold a Rally for Women’s Health in the capital city to that engaged activists, medical professionals and policymakers, garnered media attention, educated Virginians and pressured the governors’ administration to reject the proposed legislation.

The Impact: The rally for women’s health mobilized hundreds of participants, and ultimately led to VCPWH securing over 40,000 signatures on a petition expressing opposition to the proposed TRAP laws. Although the governor signed the TRAP bill into law, the rally achieved press coverage and helped women’s reproductive rights remain in the public eye. 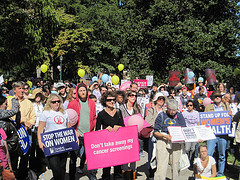