Urgent Action Fund Welcomes New Board Members, Roshmi Goswami of India, and Xiaopei He of China! Xiaopei He writes:
The hills trained me to be a professional shepherd and the Himalayas turned me into a full time mountaineer. A government job made me an economist while the women’s movement and gender studies converted me into a feminist. Participating in LBGTQ organising in China helped me to realise there are many people especially single mothers, HIV positive women, bisexual women, sex workers, who are also oppressed due to their gender and sexualities. This is why I set up the Pink Space Sexuality Research Centre and promote sexual rights and sexual pleasure among people who are oppressed. 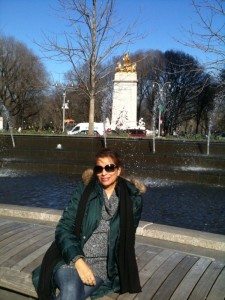 Roshmi Goswami is part of the feminist movement in South Asia and was also part of the Committee on the Elimination of Discrimination against Women (CEDAW) monitoring network of the region. She cofounded the  North East Network a women’s rights network working in North East India  and is well known for her pioneering  work on women in armed conflict situations documenting and analyzing  the impact of war and conflict on the lives of women in the conflict affected regions of  India. She is associated with several organizations working on human rights including Human Rights Ahead, a Madrid-based human rights resource group, and core group member of SANGAT, a South Asian feminist network. Roshmi was a Program Officer with the Ford Foundation, New Delhi office for several years supporting cutting edge work on women’s rights in India, Sri Lanka and Nepal, regional women’s human rights networks in the Asia Pacific region and collaborative cross regional programmes with colleagues from Latin America. She is presently working with UN Women South Asia to set up their regional programme  on Women, Peace and Security.