Board Member Paulette Meyer honored by The Center for Community Change

We are thrilled to announce that Urgent Action Fund Board Member Paulette Meyer and her husband David Friedman were honored as 2012’s “Champions in Community Leadership” for their role in the social justice movement over the past thirty years. 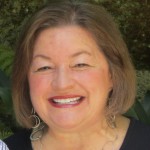 On Thursday September 20, 2012, the Center for Community Change presented Paulette and David with the honor in Washington D.C. at the 8th Annual Change Champion Awards. Held annually since 2005, the awards are given to people committed to changing the conditions that create poverty and inequality, and empowering those in low-income communities and communities of color.

Paulette and David were chosen as this year’s Champions in Community Leadership for their involvement in the progressive causes for over three decades, as workers, activists, board members, and donors. Paulette has held many leadership roles with both local and national nonprofit organizations, including founding the Women’s Initiative for Self Employment in San Francisco, serving as Board Chair for Equal Rights Advocates, a national women’s rights organization, the Women Donors Network, and the Center for Community Change. Paulette currently serves on the Board of Urgent Action Fund and the Alliance for Justice in Washington, DC.

Other honorees and attendees at the Annual Change Champion Awards included actress and activist Sonja Sohn, Founder of ReWired for Change, Pablo Eisenberg, Founder of the Center for Community Change, and Justin Ruben, Executive Director at MoveOn.org.

For more information about the award and Paulette and David’s achievements as social justice leaders, read here.