Farida – The Power of Solidarity 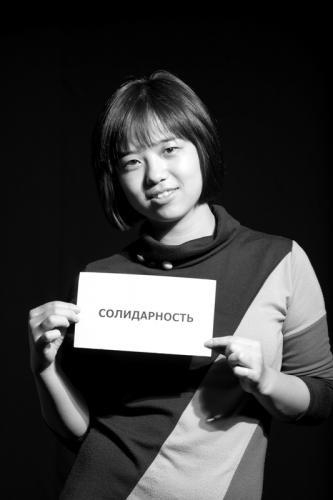 Farida is a social media activist and runs a popular blog speaking out for sexual rights and topics important to youth in Kyrgyzstan. Her outspoken stance on women’s rights caused her to face physical and verbal threats in her community. As a result Farida sought UAF support.

In 2011, a local organization working with Farida, the Kloop Media Public Foundation requested funds to evacuate Farida to a safer location. A Rapid Response Grant of $1,640 US dollars from UAF gave her the opportunity to maintain a low profile until the threats against her lessened and she could relocate to a safer space. The time away has allowed her to address issues more openly and politically; she is one of the founding members of a new emerging Feminist Activist Collective “SQ”. She is also inspired to start a youth shelter and national campaign against sexual and gender violence. Farida is one of the most influential social media activists in the country of Kyrgyzstan; she is visible in various political, social and cultural communities. She has large number of followers on Twitter, Facebook and her blog. You can follow Farida on her blog (in Russian) and on Facebook.