Tell us a bit about yourself. How did you first get involved with human rights work? 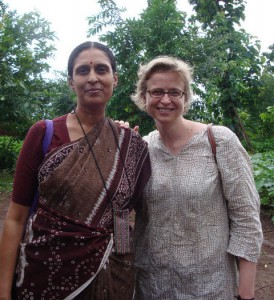 About fifteen years ago, I went to India for the first time to work as a volunteer in rural areas outside of Bombay.  It was an experience that shaped me forever.  People from traditional farming communities were losing their land and had to migrate to the big cities in search of daily wage labor.

At the same time, I saw that India had an incredibly vibrant civil society: people’s movements across the country were advocating for stronger government guarantees of human rights: fair wages, access to services such as schools and hospitals, and protection of land rights.  It was an eye-opening and inspiring time. One woman in particular inspired me in this struggle.  Originally a lawyer from Bombay, Indavi Tulpule picked up her city life and moved to a rural area where tribal people were being forced off their land.  For more than 20 years, Indavi has been helping them organize to get titles to their land, allowing them to live with security and sustain their families.  At the end of a long day, when I am at my desk and feel my energy flagging, I think of Indavi on her bicycle in the monsoon rains, going from village to village organizing this people’s movement.

What attracted you to UAF?

Over the years, I had heard a lot about UAF’s work and had seen the organization’s founder, staff and board members carry out their work with great passion and strength.  I thought to myself, who are these incredible women who have developed a funding model that is so responsive to emerging threats and opportunities encountered by women’s human rights defenders around the world?  And now I know.

What do you think makes UAF different than other types of human rights funding organizations?

In times of crisis, women’s rights activists look for effective and innovative ways to respond.  Often, they aren’t able to carry out these strategic interventions because of a lack of flexible funds or the lengthy approval processes of many donors. UAF is the only fund of its kind to provide time-urgent funding specifically for women’s human rights defenders. We respond to all requests within 72 hours, 365 days per year. In fact, our fastest grant to date was approved in just 16 minutes!

Tell us more about UAF’s Rapid Response Grantmaking. How did UAF decide to develop this model and what are the benefits to the women’s human rights defenders it supports? 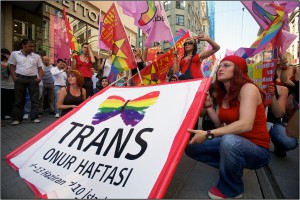 Activists had long been saying they needed a fund that provided grants quickly in order to respond to critical human rights situations. In 1997, UAF was created to fill this gap. Our funding model is grounded in the global women’s rights movement and our Board of Directors is made up of accomplished women’s rights activists from around the world. Likewise, we rely on a network of advisors, made up of leading activists in the regions we fund, to inform our grantmaking process. Even though each grant is relatively small in monetary terms, the impact is often disproportionately large to the individual activists, organizations and communities that we support.

Where does UAF fund?

There are three sister Urgent Action Funds that collectively support the work of activists around the world. Our two sister funds, UAF-Africa and UAF-Latin America, support activists in Africa and Spanish-speaking Latin America and the Caribbean, and are located in these regions. The Urgent Action Fund I direct, which is based in San Francisco, provides funds to all other regions, including the English and French speaking Caribbean, Asia and the Pacific, the Middle East, Europe, the United States and Canada.

What challenges or opportunities do you expect to see for UAF in the coming year? 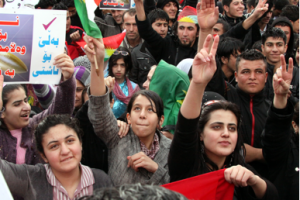 2012 was a big year for UAF: we moved our offices from Boulder, Colorado to San Francisco, we brought on three new board members, and we have several new staff members, too. Throughout the move, our rapid response grantmaking never stopped.  We are very proud of that!  In the coming year, we will continue to strengthen and expand our grantmaking around the world: responding to the profound political changes, and crises, taking place in the Middle East and Asia; supporting women activists fighting for sexual and reproductive rights across Eastern Europe; and also responding to challenges faced by indigenous communities, immigrants and other marginalized groups here in North America.  Women are at the forefront of these struggles and UAF is ready with the experience and funds to support their work.

Along with our sister funds, in 2013 we will also be meeting with our networks of advisors in Southeast Asia and the Middle East to get strategic advice on how UAF can support activist movements in shifting political environments.  And UAF will continue to innovate around additional ways of supporting and strengthening the work of women activists: building on our sustaining activism work and presenting our publications at key funder and activist gatherings.

What’s your impression of the UAF supporters you’ve had a chance to meet with so far? 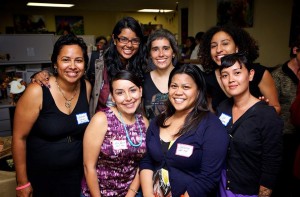 UAF Supporters at May 2012 Event in San Francisco, CA

Since beginning my work as Executive Director in August, I’ve had the opportunity to meet with several long-time and new UAF supporters, and am continually impressed and humbled by their commitment to supporting women’s human rights defenders. Their dedication to UAF’s mission is a tremendous source of inspiration to me and is critical to the long-term sustainability of the organization. I recently spoke with a donor who had just found out about UAF’s work.  She said something that has stayed with me ever since. “I want all my giving to answer the question: what does courage look like?”  She found her answer in the women UAF supports.

How can supporters get more involved with UAF’s work?

There are many ways to get involved with UAF and support women’s human rights defenders around the world. In addition to making a donation, UAF supporters can volunteer at our San Francisco office, organize a house party on our behalf, follow us on Facebook and Twitter, or simply tell a friend about our important work. Our new website is also a great resource and has up-to-date information on the work of women activists, as well as upcoming UAF events and activities. For more information on how you can get involved with UAF, please contact our Development & Communications Officer, Danny Kaufman at danny@urgentactionfund.org. 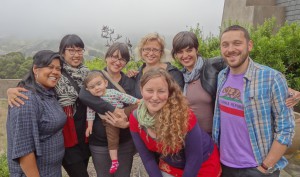 I am very grateful to be working with UAF – to be building on the strong foundation laid by nearly fifteen years of work making funds available in such an immediate way to women activists.  From the first day I walked into the UAF offices in San Francisco, I felt a sense of warmth, community, commitment, and humor.  In May, before I had officially started work, I joined a gathering of donors and activists there to welcome UAF to its new home.  The rooms were filled with funders who had been with the organization from day one, with leading feminist activists, peace activists, academics, indigenous leaders, young women, older women, women from sexually diverse communities. I was immediately aware of just how strong and supportive UAF’s network is, in San Francisco and around the world.  That means a tremendous amount as we continue to build our work in the coming years.