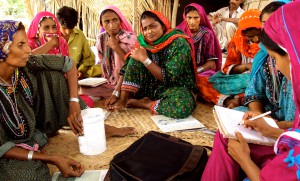 Pakistan’s national election on 11 May 2013 was a historic event. In addition to being the country’s first transfer of power from one civilian government to another, Pakistan’s election represented a milestone for Pakistani women. Figures released by the Election Commission show a 130% increase in the number of women contesting general seats since the country’s last national election in 2008. While the country’s constitution guarantees a specific number of seats for women, this increase includes a small, but growing number of women from underrepresented and minority groups who are entering into the country’s politics.

Consider the story of Veero Kolhi, a woman from lower-caste Hindu minority group, who became Pakistan’s first former bonded laborer to run for political office. Kolhi’s husband fell into debt and Kolhi was forced to work long hours in the fields. She escaped her debt bondage after she managed to contact human rights activists. Veero Kolhi ran as an independent in Sindh province, and while she did not win, her candidacy represents a victory to millions of bonded laborers in Pakistan, estimated at eight million. 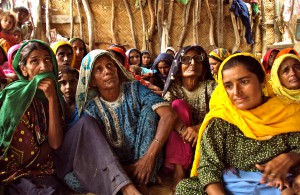 Pakistan has a long history of female representation in politics as well as a strong women’s movement. Beginning in 1956, the country’s constitution included reserved seats for women at the local and national level. However, women’s representation in government remained very low for the next 45 years, with women holding less than 5% of positions in office. Following the country’s democratization process in 2000, the government adopted a 33% quota for women in local politics and 17% quota for national politics. While women’s increased presence in parliament has led to advances in women’s rights, such as the 2009 Protection against Harassment of Women at Workplace Bill, Pakistan continues to have one of the world’s highest gender inequality rates and lowest female literacy rates.

Against this backdrop, the recent increase in women’s political participation in Pakistan is especially timely. Leading up to the election, UAF responded to an urgent request from Association for Better Community Development (ABCD) to ensure strong voter participation from women among scheduled casts. With this funding, ABCD was able to take advantage of this critical opportunity to increase women voter turnout among this economically disadvantaged group.

As a result of her candidacy, Veero Kolhi has become an icon and a role model for other scheduled caste women throughout Pakistan. She, along with the other underrepresented female activists that ran for candidacy this year, represent an opening in Pakistan’s political environment for women, from all backgrounds, to make their voices heard.