On 16 December 2012, a 23-year-old woman was beaten and gang-raped on a bus in Delhi, India. She died from her injuries thirteen days later. In the weeks that followed, waves of protests took place across India. Young people and college students came out in big numbers, demanding justice and affirming women’s human rights. The issue of violence against women (VAW) was placed squarely on the national agenda, in ways unprecedented in the recent past. 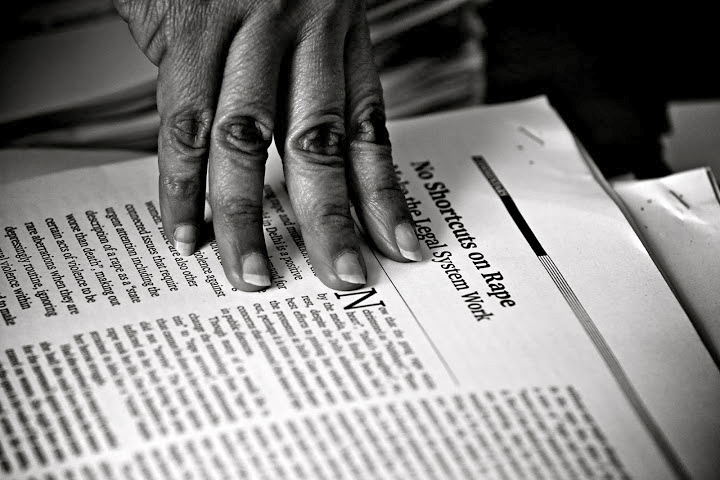 There was immense mobilization and interest from young people on the issue of sexual assault and gender justice. Protestors demanded azaadi (freedom) for women. They asserted the need to protect women’s rights, not their bodies. Misogynist comments by certain religious and political leaders were vehemently denounced on primetime television. And yet, perhaps expectedly, some of the slogans were unsettling from a human rights perspective. Calls for death penalty and chemical castration for the accused were made, and countered, but continued to persist in pockets. Many questioned the rampant objectification of women in the media; some of these statements morphed into outright anxiety about the expression of women’s sexuality. Simultaneously, the government invited recommendations for the revision of sexual assault laws, through the formation of the Justice Verma Committee (JVC). JVC, within a record one month, came out with a report that was hailed as a landmark document affirming women’s sexual autonomy. The government has been under immense pressure, nationally and internationally, to act in fast and decisive ways to curb sexual assault.

“We have to remember that the fight is not between men and women—it is against patriarchy. And, patriarchy affects both men and women…The cases related to sexual violence have less to do with sex or sexuality, but more with power…We have to understand that all this—violence against women, patriarchy, the notion of masculinity—is connected. As young people, it is up to us to get up and challenge this entire structure, and not just look at one thing. If we do not work on all these things as a whole, half the battle is lost.” 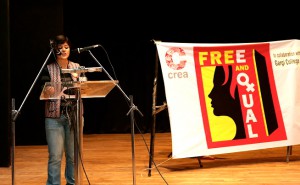 Against this backdrop, with the support of Urgent Action Fund, we are organising panel discussions to bring feminist activists to college campuses in Delhi, to interact with over 500 students, thus influencing a critical population of young people on sexuality, gender, and rights. Two panel discussions, entitled Free and Equal, have already been held in Gargi College, Delhi University, and Jamia Millia Islamia. Through this series of panel discussions, we aim to keep alive the conversation on women’s human rights and gender-based violence, and to collectively reflect on the weeks gone by and deepen understandings for the weeks ahead. The Free and Equal panels saw participation from leading feminist activists: Dhruv Arora, Must Bol; Jagmati Sangwan, All-India Democratic Women’s Association (Haryana chapter); Kavita Krishnan, All India Progressive Women Association; Nandini Rao, Citizen’s Collective Against Sexual Assault; Pramada Menon, queer feminist activist; Satish Singh, Centre for Health and Social Justice; Sehba Farooqui, All-India Democratic Women’s Association; Shalini Singh, CREA; and Urvashi Butalia, Zubaan Books. Click here to see pictures of the event.

“This movement started with that one girl. Then, we linked ourselves with her and said that we could have been in her place. But, it did not end at that…People started pushing the boundaries, talking about the Armed Forces Special Powers Act (AFSPA), about Kunan Poshpora, about Soni Sori, about Manorama…It has been a learning and growing process for us… I urge you to raise questions, with open minds, without any hesitation…Do not fear the freedom of others, in any context. Remember, the subjugation of others, in a way, represses us.” 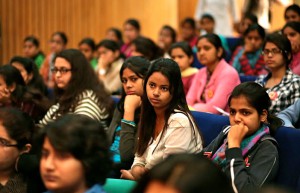 These forums have been generating awareness about the JVC recommendations and the recently amended sexual assault laws. Other issues discussed include the relationship between development and human rights, gender as a system of power inequality between men and women, myriad forms of VAW (including communalism), and so on.

Founded in 2000, CREA is a feminist human rights organisation based in New Delhi, India. We are one of the few international women’s rights organisations based in the global South, led by Southern feminists, which works at the grassroots, national, regional, and international levels. Together with partners from a diverse range of human rights movements and networks, we work to advance the rights of women and girls, and the sexual and reproductive freedoms of all people.