On May 20th, two young Bedouin girls were found dead despite their mother’s previous attempts to warn police that she feared her ex-husband would kill them. The case generated widespread media attention in Israel, and demonstrated the failure of the Israeli police force to respond to the needs of the Bedouin community.

Arab Bedouin citizens of Israel, inhabitants of the Naqab (Negev) desert, are one of the most vulnerable communities in Israel. For over 60 years, the indigenous Bedouin have faced a state policy of displacement and home, demonstrated most recently in the passage of the Prawer Plan, which will displace up to 30,000 Bedouin citizens from their ancestral lands. Bedouin women in particular are marginalized in both Israeli society and their own. For these women, severe economic and social disadvantage is compounded by a system in which they are generally unable to exceed patriarchal limits. Polygamy and honor killings are permissible in customary Bedouin Law, and a recent report shows that 97 percent of Bedouin women have suffered some form of repeated violence by a relative (Itach-Maaki, 2012). The report found that 65 percent of the Bedouin women who mustered the courage to turn to agencies that offer help to victims of domestic violence did not complain to the police, due both to lack of access and lack of faith in the system.

The murder of two young Bedouin girls on May 20th reinforces the impression that the Israeli police force simply dismisses the Bedouin community and fails to uphold the services it is obligated to provide them. However, due to the significant public attention and outcry surrounding this particular case, the police have admitted to failures in their response to the Bedouin population. In an unprecedented move, the police chief of the local department was fired, as well as the investigator who received the mother’s complaint. 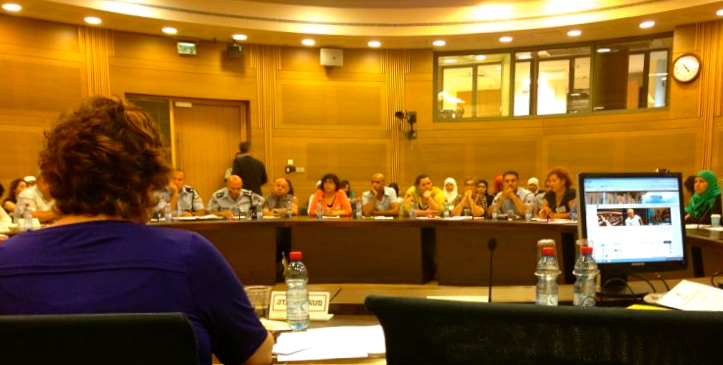 In light of this tragedy, UAF grantee Itach-Maaki Women Lawyers for Social Justice (IMWLSJ) is holding a meeting in the Knesset as well as a conference with key stakeholders in an effort to change policies and police procedures concerning the enforcement and protection of the Bedouin communities. The conference, held in partnership with other Bedouin women’s organizations, will include representatives of the Committee for the Advancement of the Status of Woman and the Committee for Interior Affairs, and will focus on enforcement, welfare and policies as they relate to Bedouin women.