Rising Up Against Dowry Killings in Nepal

On June 16, 2012, the body of a woman in her early twenties was found in the surrounding forest of the Kavre district in Nepal. Her family believes she was murdered at the hands of her husband for not bringing in enough dowry – the payment of money or goods by a woman’s family to her husband at the time of marriage.  The young woman had frequently reported that her husband beat her over the dowry payments, and on the day before her murder she had gone to a pharmacy to seek treatment for a severe beating.

Staff at the Women Awareness Center Nepal (WACN) were outraged. They had already documented seven cases of suicide or murder of women from the Kavre district in just the past four months. According to the National Demographic and Health Survey of Nepal (2011), twenty-two percent of women age 15-49 have experienced physical violence at least once since age 15, though nearly two in three women have never told anyone about the violence they have experienced. 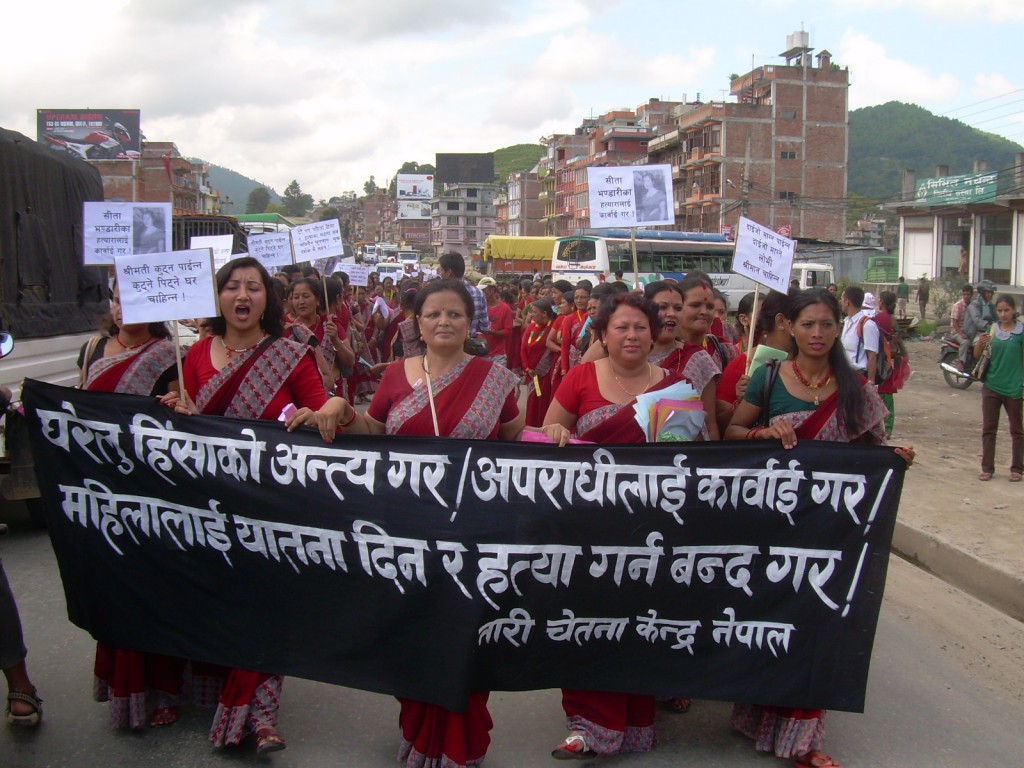 Women participate in a mass demonstration against dowry killings

Determined to draw attention to the recent escalation in marital violence against women, WACN requested support from Urgent Action Fund. In less than a week, WACN received a $5,000 rapid response grant to bring together thousands of women from across the country at a mass rally.  The rally brought together thousands of people.  Women held placards bearing the name of the woman who had suffered dowry murder, and protestors presented songs and speeches that condemned the harassment, beatings, and murder of women. 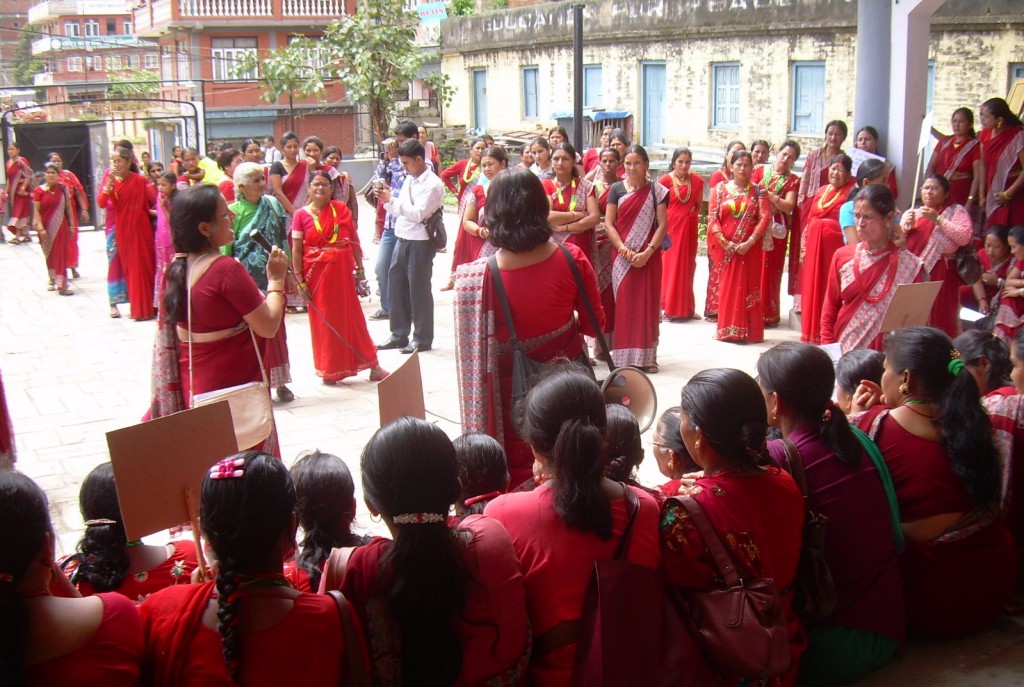 Women speak at a protest in the village where the woman was murdered.

The event was broadcasted through all major national television and radio stations, and a documentary was filmed to advocate for an end to violence against women. A second protest was held in the village where the young woman was murdered. This was followed by a legal proceeding, in which the court charged the woman’s husband with murder, despite the fact that he came from an influential family with strong ties to politicians.

As a result of UAF’s rapid support, the group was able to successfully pressure the government to take action against the perpetrators of violence against women, and challenge the pervasive attitude among men in the community that such issues are private matters.