Women’s survival strategies in Chechnya: from self-care to caring for each other

Luiza encounters regular violence and intimidation in her work helping women survivors of state-sponsored violence. Living under the Chechen regime, activist women need a combination of self and community care. 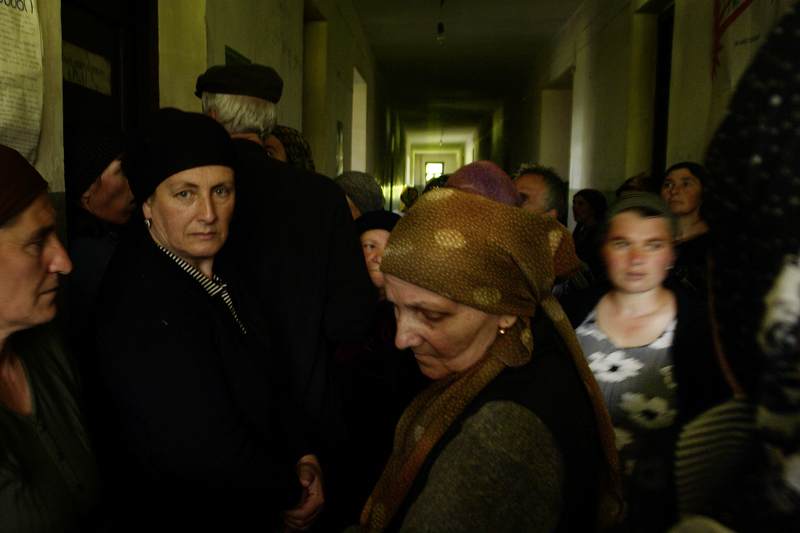 There was the car with tell-tale tinted windows and no number plates that tried to run over her sister, after she gave a speech attacking Chechnya’s poor human rights record. The constant emergency trips to neighboring republics with her children, having faced by threats from gangs on the government payroll. The drive-by paintball shootings. These were thugs trying to keep activists in check, part of a wider effort to enforce women’s compliance with a strict Islamic dress code.

In 2008, the Kremlin-appointed President of Chechnya, Ramzan Kadirov, introduced a plan for “moral education” which included a decree requiring that all women employed in the state sector, and all female school and university students, wear headscarves. Kadirov’s men enforced this decree by shooting at girls that had their heads uncovered with paintball guns, physically marking them out for surveillance and public scrutiny.

Luiza is obviously not alone: she is one of many women that the Urgent Action Fund supports. All face grave danger due to their work for human rights.

Living under this regime, meditation, yoga and other forms of self-care may seem like luxuries or distractions. In fact they are essential components of sustained and effective social activism. They help people to manage the accumulated stresses and strains of a life lived in constant danger.

For Luiza, self-care starts with regular exercise to keep her body strong, her senses clear and her mind alert: “I think that human rights defenders should be physically prepared for unexpected circumstances” she told me, “at least in my life, my ability to run quickly has saved me several times.”

But self-care isn’t enough, especially for those who face seemingly insurmountable odds. There are so many activists like Luiza in the world, and few of them have access to the resources and opportunities they need to care for themselves. Activists gain strength in numbers, but they still need a way of making these opportunities available to everyone who requires them.

Urgent Action Fund has showed how a focus on self-care can privilege the leaders of organizations or those with more time and resources – those who speak English for example, who tend to have more access to Western funding. Retreat centers and sustainability programs usually focus their attention on those at the Executive Director level who tend to be seasoned activists from NGOs. These programs mostly overlook younger leaders and activists who frame their work outside of the narrow limits of the NGO sector, yet are still at huge risk of ‘burning out.’

During a recent debate on Organizing Upgrade, US social justice activists argued forcibly against prioritising individuals over the collective. As one contributor bluntly stated: “Self-care stands as an importation of middle-class values of leisure, blind to the dynamics of working class (or even family) life, inherently rejects collective responsibility for each other’s well-being, misses power dynamics in our lives, and attempts to serve as a replacement for a politics and practice of desire that could actually ignite our hearts.”

This is an important critique. We need strategies for collective sustainability that make sense for activists and their communities. That doesn’t mean abandoning self-care, but it does mean integrating it into broader cultures of community care that can sustain more people in relationship to one another.

What would a combination of self- and community care look like? For activists in Chechnya, it means creating individual and organizational security plans, for example, that ensure if one woman is threatened, there are others standing by to help to keep her safe. A security plan provides more options when things get especially dangerous, as when the car with tinted windows is heading in your direction.

Phone trees are vital – networks of people who can organize quickly to spread crucial information. Mandatory organization-wide attendance for security trainings can also help, by integrating self-care techniques like meditation with security basics like keeping multiple mobile phones to throw off surveillance.

These mechanisms help to guarantee that the collective work of activists can continue, despite the challenges that are faced by individuals. As Luiza told me: “Before I never even thought about self-care, but since I started to participate at the trainings on security, I’ve understood its importance. If you go without rest, one day you will not be able to continue what you do.”

Collective childcare and rotating meal provisions for monthly meetings among activists are other ways of embodying these communities of care. Strategies like these ensure that activists’ family lives, whatever they look like, can be integrated into their work by providing whatever support is necessary for them to function effectively.

Sending regular texts when traveling to remote villages ensures that someone knows where Chechen activists are at all times, in case of (un)expected trouble. In this system, when one person struggles, others are mobilized to support them.

Supporting the collective also diffuses risks to leaders by shoring up the capacity of other members of the community, thereby strengthening groups of individuals as a movement. Activists are more resilient when they do not stand alone.

If more activists could create communities of care like these, their work would become more transformative by reflecting their internal values externally – through the structures in which they operate. By contrast, structures that privilege sustainability for some – usually the more privileged – are not going to build more equal and liberating relationships.

Instead, a better balance is required between self-care and the health of the community so that all activists, not just their leaders, can get the support they need. Embodying compassion for ourselves and other people throughout our work for human rights will build the kind of social movements that more people will want to join.

The original version of the article was published on August 29, 2013 in OpenDemocracy.net and can be found here.