By Nevin Öztop, Editor-in-Chief and Vice President at Kaos GL 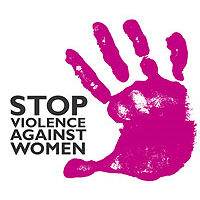 Our world today is struggling to pass an exam. It is an exam with only one question on it. Will we end violence against women and LGBTI people?

When we talk about gender-based violence, we talk about the continuum from the home to the battlefield, from public executions to the violence committed in the name of religion, morality or “public order.” From the perspective of LGBTI movements, this continuum includes as well the criminalization of homosexuality and cross-dressing, rape, hate crimes and speeches, usage of homosexuality in media to oppress opposing political and public figures, forced anal and vaginal examinations and arbitrary detentions, all of which are unfortunately ordinary stories in so many lives. Too rarely are voices raised in objection to this violence and to all gender-based violence. There are always plenty of excuses and justifications for being sexist, homophobic and transphobic.

Violence against women is not inevitable. But ending violence is.

Women and LGBTI people deserve to live in equality, but more than equality, we deserve to find the joy and dignity that comes with our sexual orientations and gender identities, whatever they may be. My work in Turkey and in the region focuses on linking feminist beings and practices to stand up to political forces and to break the mental and physical borders that separate us. Stopping state sponsored sexism goes hand in hand with ending nationalism, militarism and the religious conservatism that perpetuate the heterosexist ideology.

Nevin Öztop is the Editor-in-Chief and Vice President at Kaos GL, a leading LGBTQI network based in Turkey. Follow Kaos GL’s work on Twitter at @KaosGL