Urgent Action Fund is delighted to welcome three new members to our Board of Directors. Their leadership and expertise will guide and strengthen our work as a rapid response grantmaker for women’s and LGBTQ human rights. 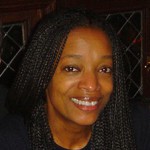 Listen to Patricia speak at the Courage to Lead Conference in Geneva. 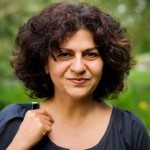 Yanar Mohammed is a prominent Iraqi feminist and founder of the Organization for Women’s Freedom in Iraq (OWFI). Under her leadership, OWFI has conducted groundbreaking work on issues of trafficking, honor killings, and women’s participation in the re-building of Iraq. In 2012, a fact-finding report published by OWFI led to the arrest of one of the worst traffickers of women and girls in the country. Ms. Mohammed is the recipient of the prestigious Gruber Prize for her work to advance women’s human rights, and has been featured on CNN and Democracy Now. She is a scholar and teacher of tactics to confront prejudice, sectarianism, and religious intolerance, and additionally serves as Editor of the newspaper Al-Mousawat (Equality).

Watch a video of Yanar speaking about her work at Harvard Law School. 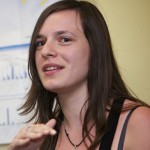 Mariam Gagoshashvili is a queer feminist activist from Georgia. She served as Program Coordinator for the Women’s Fund in Georgia from 2007 to 2013. Currently, she is the Program Officer for Europe and Central Asia at Global Fund for Women. Mariam is an Advisor for FRIDA, the Young Feminist Fund, and a member of the Independent Group of Feminists, an autonomous activist collective of young women in Georgia. In Georgia, she also ran Spero, an art studio dedicated to showcasing the work of women artists in Georgia. Mariam holds an MA in Gender Studies and a BA in Social Psychology.

Read Mariam’s personal account of facing down attackers at an LGBTQ rights march in Georgia this May.

For a complete listing of Urgent Action Fund’s Board of Directors, click here.