New Law in Afghanistan To Silence Victims of Violence Against Women

In Afghanistan, a vocal public campaign is calling on President Hamid Karzai to block a bill that weakens domestic violence laws in a country where 4 out of 5 women experience violence. 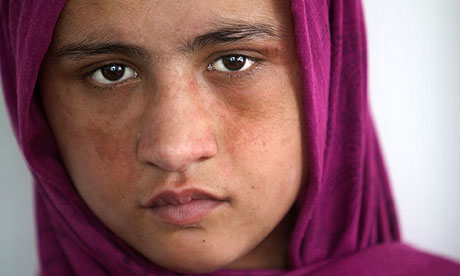 A 14-year-old at a women’s shelter in Kabul.

The new law, passed by both houses of the Afghan parliament and waiting for President Karzai’s ratification, would prohibit the questioning of relatives of an accused perpetrator of a crime, effectively eliminating victim testimony in cases of domestic violence.

UAF partner and grantee, Women for Afghan Women (WAW), along with other women’s rights organizations, launched the campaign to raise awareness about the high rates of domestic violence in Afghanistan and place local and international pressure on President Karzai to stop the bill.

Founded in 2001, WAW is a women’s human rights organization based in Kabul and New York that provides Afghan women with access to shelters, outreach programs, and advocacy efforts.

The organization’s Executive Director, Manizha Nedari, says, “this proposed law is particularly troubling in a country where violence against women is endemic and, most commonly, is at the hands of a relative.”

According to a 2008 study by Global Rights, 87% of Afghan women experience violence in their lifetime, including forced marriage and sexual violence.

At the same time, there are signs that Afghan women are increasingly demanding access to their rights. In addition to passing the landmark 2009 Elimination of Violence Against Women Act, a recent report by UN Women shows that reported incidents of violence, such as forced marriage, domestic violence and rape increased by 28 percent in 2012.

As Ms. Nedari says, “this gives us hope, illustrating that there has been a shift in attitude and perception about violence against women, not only among Afghan women, but at an institutional level as well.”