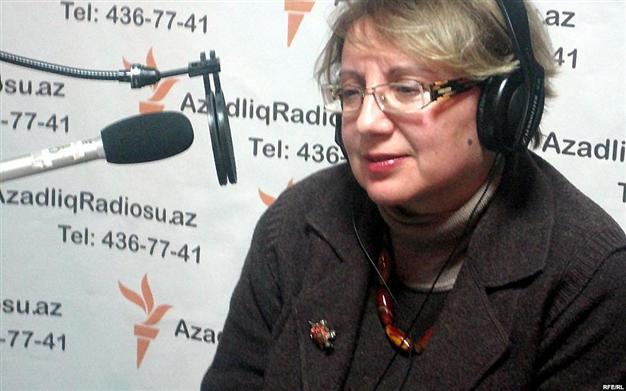 Leyla Yunus is head of one of Azerbaijan’s leading rights groups, the Institute for Peace and Democracy in Baku.

On 30 July 2014, human rights defender Ms. Leyla Yunus and her husband, Arif Yunus, were detained in front of their home in Baku, Azerbaijan.  Ms. Yunus is being held in pre-trial detention despite having a serious health condition. According to the U.S. Department of State, Ms. Yunus and her husband were detained for their efforts to ease tensions and build relationships between Azerbaijan and neighboring country Armenia.

A leading human rights advocate in Azerbaijan, and former Urgent Action Fund grantee, Ms. Yunus is known for her work against corruption and human rights violations. She has long worked with Armenian activists to advocate for the reconciliation of the two countries, and is the Director of the Azerbaijani Institute of Peace and Democracy. It is suspected that her arrest is connected to the current government’s continuous efforts to curb her work. Ms. Yunus and her husband were previously detained in April 2014, where they were accused of ‘spying for Armenia’.

Urgent Action Fund is alarmed by the arrest and unlawful detention of Leyla Yunus, and is concerned for the ongoing vulnerability of human rights defenders in Azerbaijan, many of whom have faced unlawful arrests in the last several months. Urgent Action Fund is concerned that the arrests are motivated by Ms. Yunus’ tireless work towards free and just society in Azerbaijan.

Urgent Action Fund urges the authorities in Azerbaijan to immediately and independently investigate the accusation of threats and intimidation against Ms. Yunus; stop illegal searches of her home and office; and guarantee that human rights defenders can carry out their human rights work without fear of reprisals, as established in the 1998 UN Declaration on Human Rights Defenders.