Senior Program Officer, Meerim Ilyas, Elected To The Board Of AWID 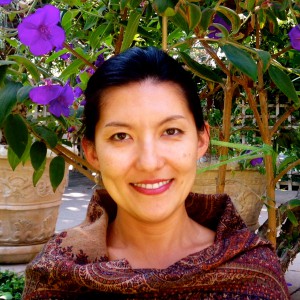 We are thrilled to announce that Urgent Action Fund’s Senior Program Officer, Meerim Ilyas, has been elected to the board of directors of the Association for Women’s Rights in Development (AWID)!

Meerim is an activist with a passion for elevating women’s and SOGI rights issues that are not on the mainstream agenda. Women’s role in environmental justice and natural resource management, participation in both formal and informal decision making processes, and the rights of sexual and religious minorities are some of the areas Meerim has been engaging with throughout her work and personal life. Prior to her role as a Senior Program Officer at the Urgent Action Fund, where she leads work on security for WHRDs and sexual and gender-based violence, Meerim focused on research on women’s access to land in Muslim-majority societies, which included countries of Central Asia, the Middle East and South Asia. She is also a tireless advocate for indigenous women’s rights, and has worked with community groups in Alaska, Russia and Timor-Leste. Meerim was born and raised in Kyrgyzstan, and is a key resource person for women and trans activists in Central Asia and the former Soviet Union who are in need of urgent assistance. Meerim also has a deep commitment to the rights of people with disabilities.

Meerim joins a brilliant and diverse constituency of policy makers, academics, researchers, activists, funders, practitioners, and business people committed to gender equality. Click here to read the profiles of AWID’s other Board of Directors.