Urgent Action Fund partners with some of the most courageous women and trans* activists around the world. Despite ongoing threats, harassment and violence, the individuals and organizations that we support remain steadfast in their commitment to realizing gender equality through non-violent activism.

The 8 activists featured below embody that spirit of courage through their work to protect and advance the rights of women, girls and trans* people in their communities. Their leadership, determination and resilience pushes all of us forward in our combined efforts towards justice, equality and peace. 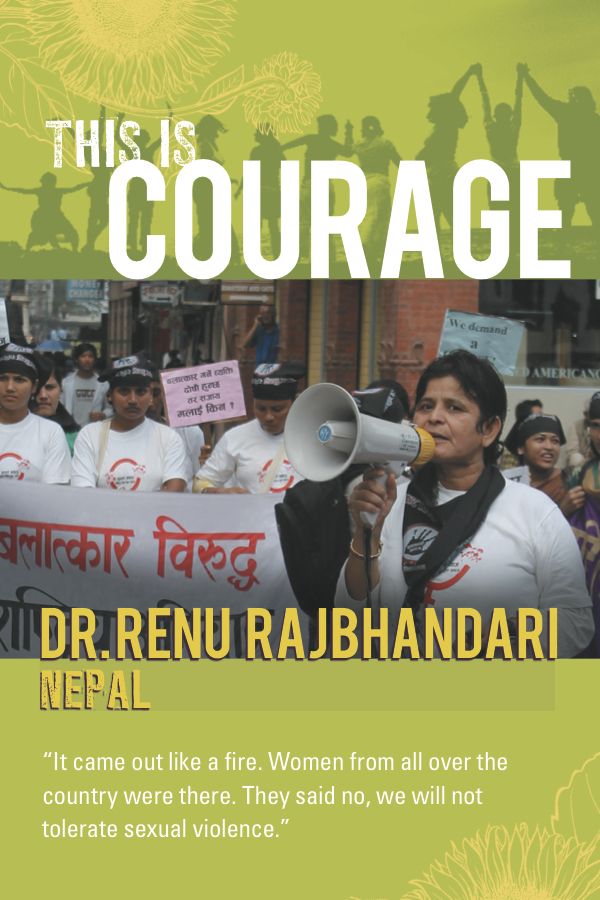 Dr. Renu Rajbhandari is a lifelong defender of women’s human rights,  and the founder of the Women’s Rehabilitation Center, which combats violence against women through advocacy efforts and support services for survivors of sexual violence.

According to a 2012 report, nearly half of all women in Nepal experience sexual or physical violence in their lifetime. Despite widespread prevalence, few options exist for women ito pursue justice when they experience violence.

With support from Urgent Action Fund, Dr. Renu’s organization launched a national anti-rape campaign to raise awareness about sexual violence. The campaign, mobilized thousands of women across the country and led to the creation of fast track courts, which provide prompt justice to victims and discourage violence against women.

Kemal Ördek is an activist for transgender rights, and Chair of the Red Umbrella Sexual Health and Human Rights Association, which works to improve the health and safety of sex workers in Turkey.

Turkey’s transgender community faces unbelievable hardships every day. In addition to alarming rates of discrimination, violence, and arrests, Turkey has the highest murder rate of transgender people in any country in Europe.

With rapid support from Urgent Action Fund, Red Umbrella brought together transgender sex workers frorm across the coutnry to create a concrete list of recommendations to prevent future violence. Kemal and others met face to face with government officials and journalists in Turkey to share these recommendations and to bring visibility to the human rights violations that transgender sex workers face. 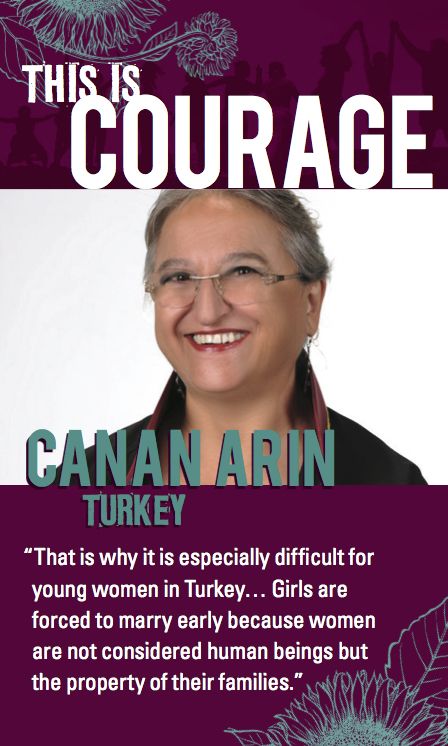 Canan Arin is an esteemed feminist lawyer from Turkey. In 2013, she gave a speech to the Antalya Bar Association in which she denounced the President of Turkey for failing to protect girls and to stop child marriage.

While marriage before 17 is illegal in Turkey, the law is not enforced. According to the Istanbul Bar Association, 1 in every 4 marriages in Turkey includes a “child bride.”

On June 23 2012, Canan was woken by police officers at 5:30am, unlawfully detained, and charged with degrading religious values and insulting the President. In 2013, her case came to trial. She faced up to 5 years in prison.

On May 14 2013, Urgent Action Fund provided a rapid grant of $4,950 that funded demonstrations outside the courthouse, bringing public attention to the case. The campaign worked. On May 30 2013, the Turkish Government suspended the case and dropped the charges. 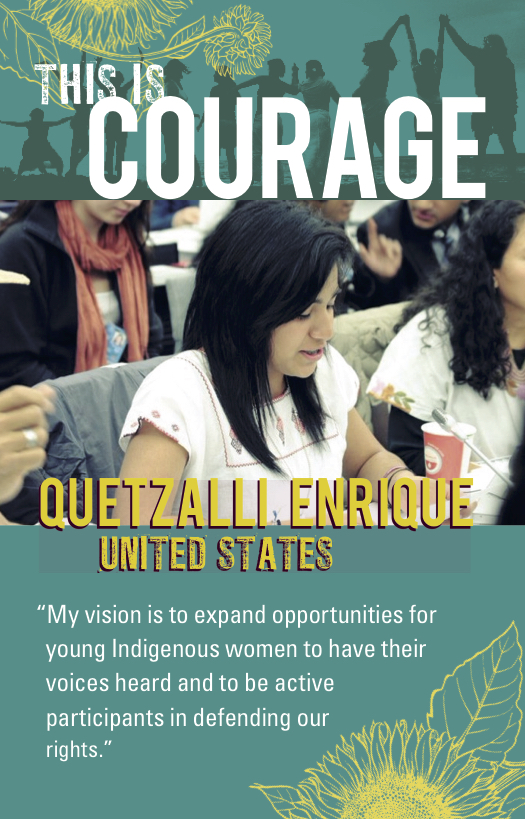 Quetzalli Enrique is still a high school student, but she is already a leader. During her freshman year, she delivered a statement for the Global Indigenous Women’s Caucus to the United Nations Permanent Forum on Indigenous Issues.

As a young Indigenous woman  living in Arizona, Quetzalli says she is driven by a desire “to preserve her culture for the generations that follow… When I look at my younger nieces and nephews, I know that the future generations are already here. They are not yet aware of the struggles that came before them or the struggles they are bound to face, but they motivate me to do what I can to continue the fight.”

Quetzalli was selected to represent the Izalotekatl people and the Indigenous youth of North America at a preparatory meeting for the 2014 World Conference for Indigenous Peoples. Urgent Action Fund awarded a rapid grant that enabled her to participate and to help shape the Global Platform on Indigenous Rights that will ultimately be presented to the United Nations. 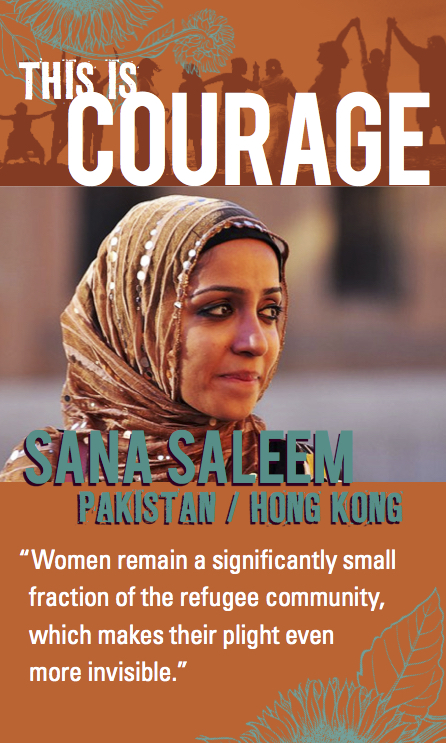 Sana Saleem is a 25-year-old Pakistani journalist, blogger, and co-founder of Bolo Bhi, a NGO that supports freedom of expression through multimedia and advocacy campaigns.

With a rapid grant of $5,000 from Urgent Action Fund, Sana worked with refugee women to document their stories and prepared them to testify before the Legislative Council. Their stories moved hearts and changed minds. As one legislator said “Today you have taken a huge step, you’ve shown the people of Hong Kong that refugees exist, you’ve shown them your life and the problems you face while living in Hong Kong.” Sana’s campaign influenced the discussions and will yield tangible improvements, including a shorter waiting process, for refugees and asylum seekers. 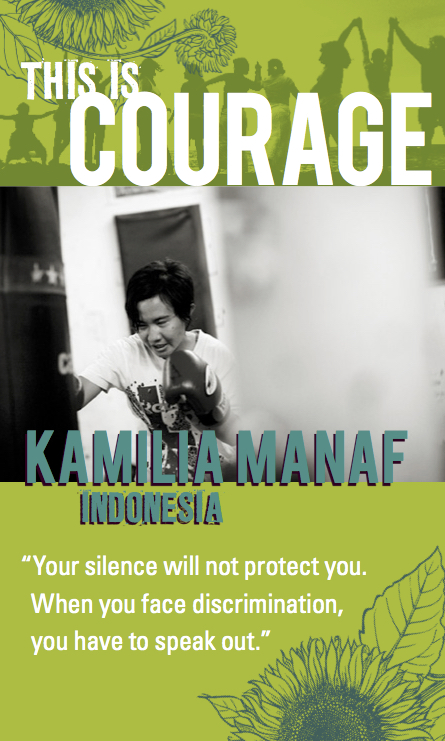 The rise of Islamic fundamentalist groups in Indonesia has led to increased threats and violence against LGBTQ groups and individuals.

Days after a queer Muslim youth group was attacked and threatened, Urgent Action Fund provided $5,000 to help IYLC organize digital and physical security trainings for its staff. The workshop gave participants the tools and strategies to defend and protect themselves from future attacks. 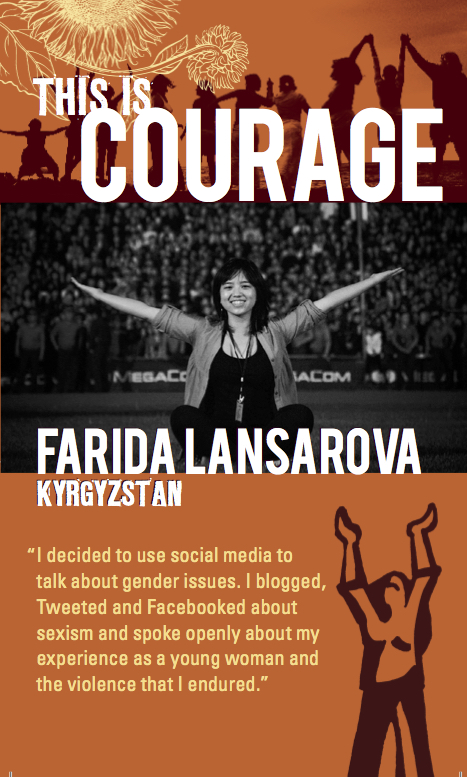 Farida Lansarova is a leading social media activist in Kyrgyzstan who runs a popular blog speaking out for sexual rights and condemning violence against women. Through her blog, Farida has become an important voice for young women in Kyrgyzstan who have traditionally been excluded from discussing these issues in public.

Women in Kyrgyzstan, a country in Central Asia, are traditionally expected to marry early and not participate in political debate. Although there are laws against rape and domestic abuse, violence against women remains prevalent, and large segments of society still believe that the place of a woman is in the home.

Farida’s outspoken stance on women’s rights caused her to face violent threats in her community. As a result, Farida reached out to Urgent Action Fund for support.

Urgent Action Fund swiftly provided a grant of $1,640 to evacuate Farida to a more secure location in her city. Once safe, she had the freedom to co-found a Feminist Activist Collective and put more energy into her groundbreaking work. 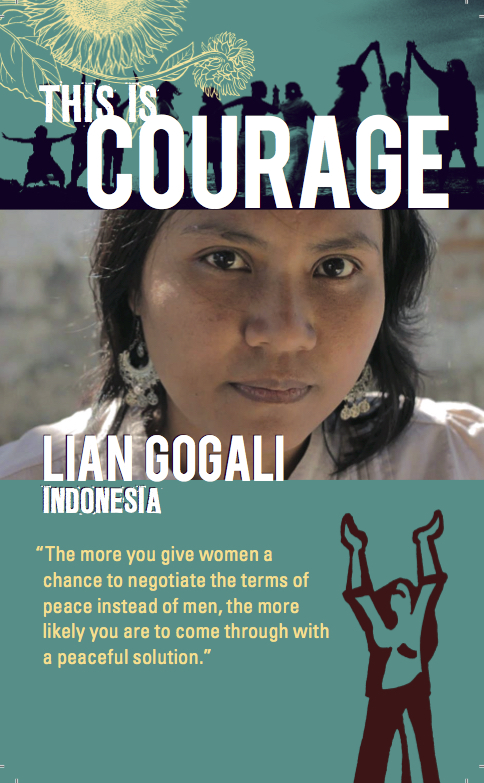 Lian Gogali dedicates her life to empowering and educating women in her community. At the age of 29, she started The Women’s School to bring together women from different religions and ethnicities to transform them into agents of peace and justice and end the cycle of violence.

In late 2011, tensions began escalating among religious and ethnic groups in teh Sulawesi province of Indonesia. When two religious establishments were attacked and burned, Lian feared another reaction of violence in her community. Rather than stand silent, she decided to take action.

Urgent Action Fund responded to Lian’s urgent request with a $5,000 grant to bring together women at her school and form an interfaith women’s organization. The participants learned techniques to build trust and break down resentment in the wake of an attack. Back in their villages, the women used their new skills to promote dialogue and prevent a deadly backlash.