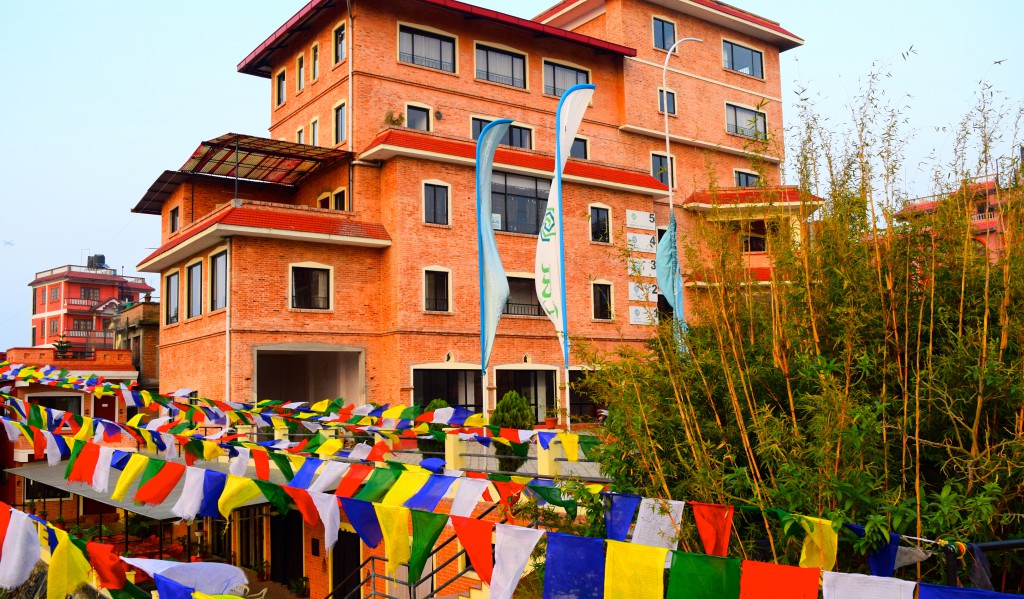 Our network of advisors consist of more than 120 leading women’s and LGBTQ activists throughout Asia, the Middle East, Eastern Europe, and North America. UAF advisors are the backbone of our grantmaking, acting as our eyes and ears on the ground to ensure that our rapid grants continue to meet the needs of grassroots women’s rights activists worldwide.

Building solidarity and compassion, particularly at a grassroots level, is an essential component of movement building and advancing the rights of women and trans* people.

In all, 29 women leaders from India, Pakistan, Nepal, Bangladesh, Afghanistan and Sri Lanka joined us for three days of discussions, breakout groups, and strategic planning sessions. The women hailed from all walks of life — women’s human rights defenders, lawyers, judges, grassroots activists, NGO directors, researchers and writers, media and technology experts, and artists – and brought their diverse experiences, cultures, and perspectives to the discussion. 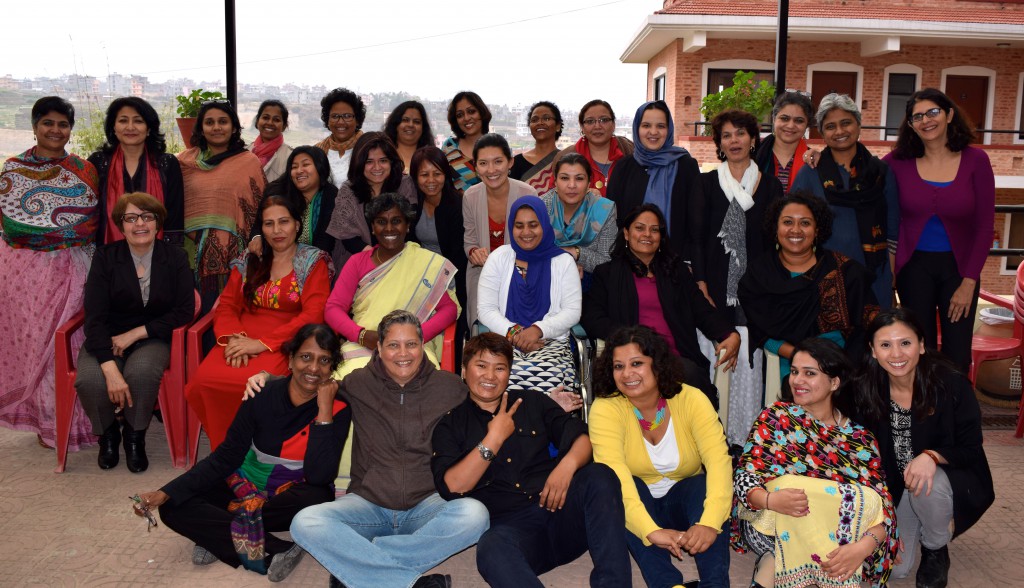 We kicked off the meeting with a series of exercises to lay the groundwork for who was in the room, built solidarity amongst advisors, and reviewed our goals for the meeting. Advisors then separated into country groups and discussed changes and challenges in their communities since our last South Asia regional advisor convening in 2013. The discussion highlighted key themes and crosscutting issues currently affecting women’s rights activists throughout South Asia, including: militarization, transphobia/homophobia, sexual violence, NGO monitoring/surveillance and challenging legal frameworks, and a wave of rising fundamentalism that is impacting women’s rights and freedom throughout the region. 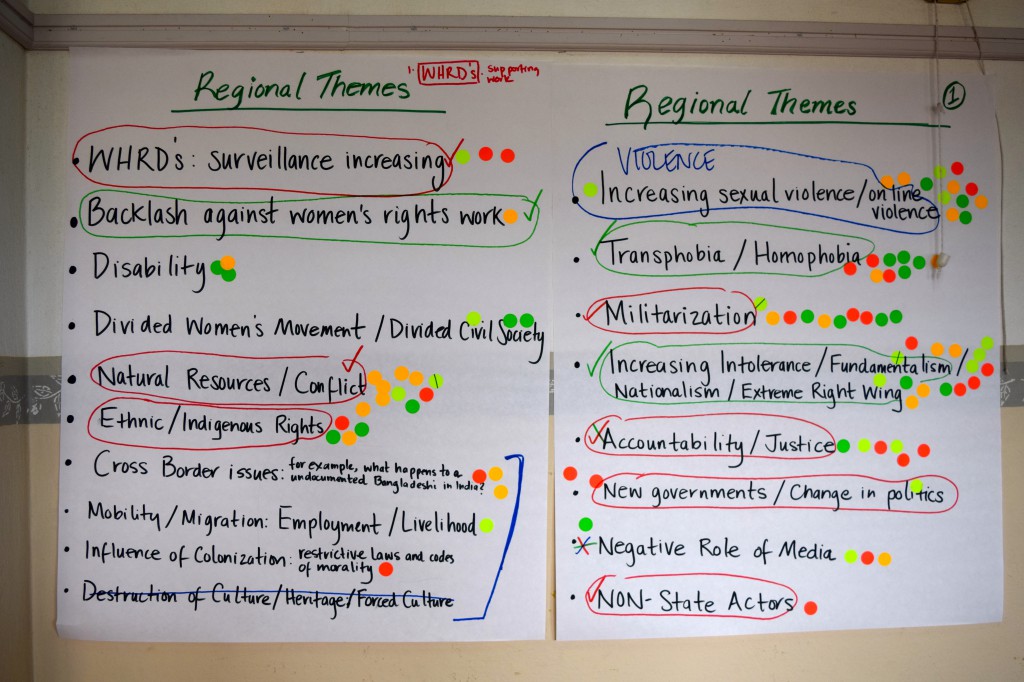 Advisors also carried out a mapping exercise focused on the current funding mechanisms in place and the gaps in securing funding. Advisors provided valuable feedback on how to strengthen our outreach in specific regions and issue areas. For example, advisors suggested donors work collaboratively to avoid funding duplication regionally; engage in a flexible funding approach, particularly with smaller less established groups; and be aware of government regulations that may impede funding.

We all felt her struggle, her vulnerability, and her courage. It was a reminder of the value of creating safe spaces for activists to build community across issue areas and borders.

UAF and the South Asian Women’s Fund co-sponsored a feminist solidarity dinner at a local restaurant, with a beautiful traditional dance performance by a local Nepali group of women living with disabilities. Rosmi, a brave young woman who had lost her leg in a car accident, danced with such grace and a smile that lit all of our hearts! Nepali activist and Urgent Action Fund advisor, Dr. Renu Adhikari, wrote many of the songs to recognize and celebrate the power of women and women’s rights. 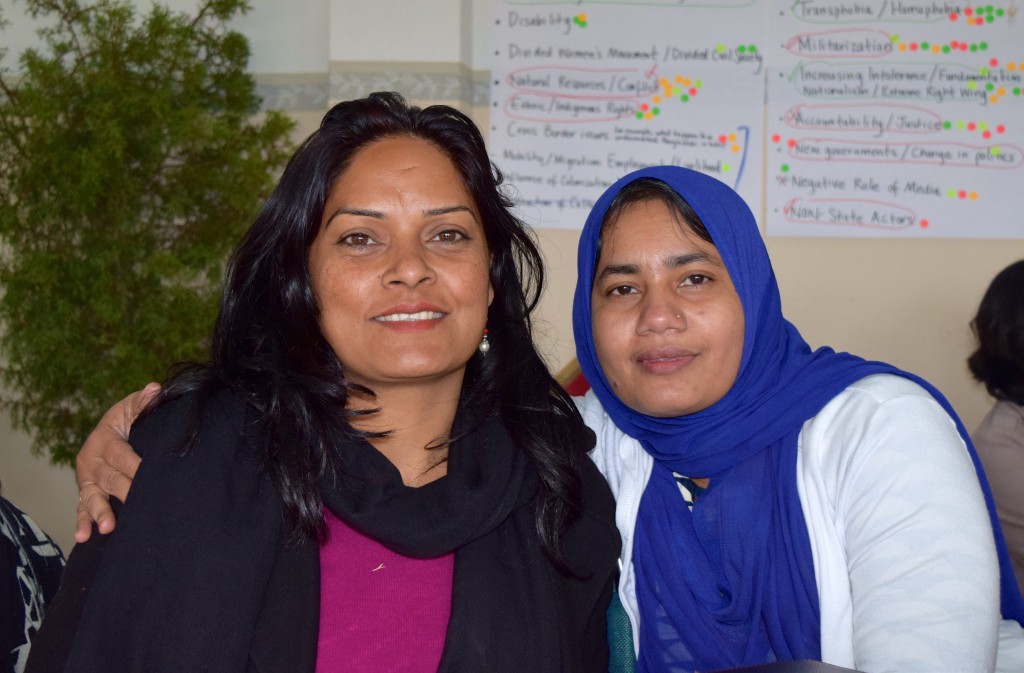 As someone new to the UAF community, the convening was an incredible testimony to the diverse and courageous voices that make up the women’s movement in South Asia. One moment in particular remains crystallized in my heart – an advisor from Afghanistan walked over to an advisor from Southern India who had just finished singing a song about being trans*. For several minutes, the two held each other close, with tears streaming down their faces. We all felt her struggle, her vulnerability, and her courage. It was a reminder of the value of creating safe spaces for activists to build community across issue areas and borders.

Building solidarity and compassion, particularly at a grassroots level, is an essential component of movement building and advancing the rights of women and trans* people. At UAF, we are committed to supporting and helping to create those spaces and are unapologetically committed to defending justice, equality and love for all people.