Women and Girls with Disabilities Face Unique Risks in Nepal

As I continue to receive updates from our partners on the ground about the heartbreaking aftermath of two devastating earthquakes in Nepal, I am reminded of the difficulties that women and girls with disabilities, in particular, face in relief and recovery efforts. 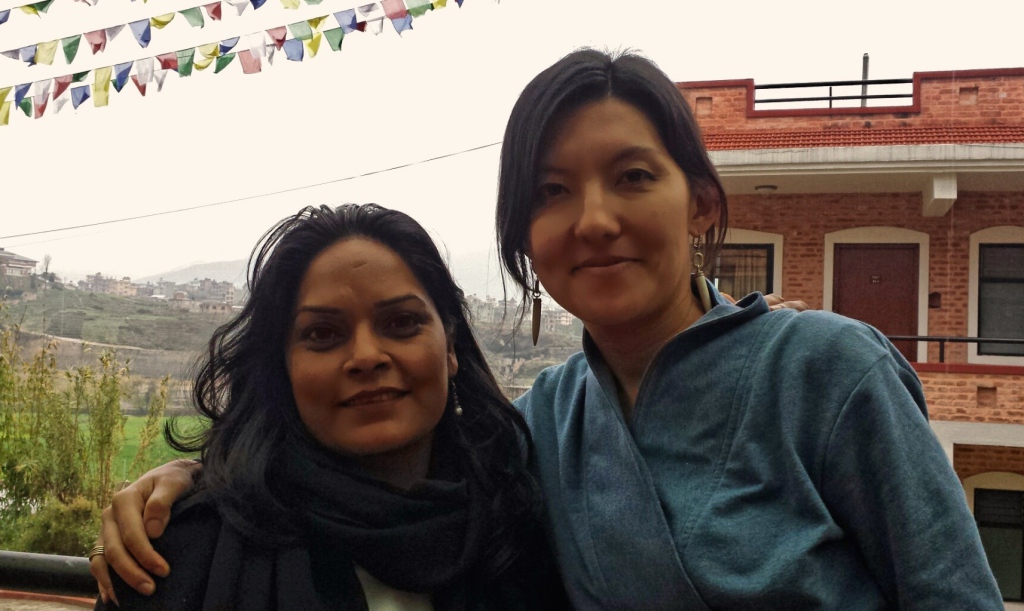 With the death toll rising past 8,500 in Nepal, people with disabilities, and especially women and girls, have been one of the last to receive support, and face continued discrimination and isolation in the horrific days and weeks after the earthquake.

As one of our advisors, Tika Dahal, recently wrote, “In this serious condition, we need shelter, clothing, disabled friendly (mobile) toilets, sanitary materials, food, and medicine.” According to Dahal, who is the founder of the Nepal Disabled Women Association (NDWA), and the General Secretary of the National Federation of the Disabled Nepal (NFDN), 10 people with disabilities, including 2 children, have been found dead in her community since the first earthquake struck on April 25. More than 200 people with disabilities have been reported injured, and more than 500 families have been displaced since then.

People with disabilities, and especially women and girls, have been one of the last to receive support, and face continued discrimination and isolation in the horrific days and weeks after the earthquake.

For many of us, it is not always an immediate reaction to have – to think of people living with disabilities in the situation of a natural disaster, such as an earthquake. But it is not hard to imagine what it might be like if one tries – you cannot run out of the building once the ground starts shaking; you may not hear early warning systems if you are Deaf or hard of hearing; and, if you have a mental health issue, you may not be immediately aware of the imminent threat or the stress may aggravate your condition. And, as a woman or girl, you may not be able to access relief aid not only due to limited mobility, but also because men often end up being the recipients of aid due to pre-existing structures.

Nepal is not unique in this regard. When a natural disaster strikes, whether in Haiti, Louisiana or Nepal, the story is the same: women and girls disproportionately suffer. According to a recent study by the United Kingdom’s Department of International Development, women are up to 14 times as likely as men to die during a disaster. Women with disabilities, in particular, face even greater risk, and are often the last to be reached, and the last to be rescued, according to the International Disability Alliance.

Women and girls with disabilities face many barriers to accessing support in emergency situations, such as a loss of assistive devices that facilitate mobility, separation from family members or others who provide needed support to facilitate evacuation, and lack of access to basic services, such as shelter, water, food or sanitation. Such barriers are often exacerbated due to caste divisions and geographical remoteness.

While many efforts are taking place at the moment to support the people of Nepal to recover and rebuild their lives, coordination and distribution of relief aid can be a daunting endeavor. At UAF, we are guided first and foremost by what our partners on the ground are telling us.

What is needed most right now is not more money going to big relief agencies, but long term support to rebuild their communities, organizations, and families.

What women in Nepal, like Dahal, have told us is that – as relief aid comes pouring in across the world – what is needed most right now is not more money going to big relief agencies, but long term support to rebuild their communities, organizations, and families.

Tika Dahal, along with several local organizations supporting women and girls living with disabilities, know that as soon as they address the immediate, life-threatening needs of their communities, they will have to start the painful work of rebuilding. This means that women and girls living with disabilities may require additional support in reconstructing their homes, obtaining assistive devices, accessing post-trauma counseling, and advocating the Nepalese government and relief agencies for more inclusive post-emergency aid programming.

Although gender-sensitive responses in disaster risk reduction can be challenging, each one of us has a responsibility to raise awareness about the impact that natural disasters have on women and girls with disabilities, so that they are protected from violence, abuse and exploitation during times of crisis.

Each one of us has a responsibility to raise awareness about the impact that natural disasters have on women and girls with disabilities.

I would like to add a special thanks to Lisa Adams, Program Director for the Disability Rights Fund, and Zoe Blumenfeld, feminist communications expert, for their invaluable contributions to this blog.