In the Name of Love and Hate: Raising the Voices of Trans Women of Color

By Danny Kaufman and Nathalie Margi

Today, the U.S. Supreme Court announced its groundbreaking ruling legalizing same-sex marriage across the United States. This landmark decision comes on the heels of the tireless work of countless activists who have for decades fought for equal rights under the law, and is a milestone in the ongoing struggle for justice, love, and equality.

Today also happens to be the Trans Day of Action, an opportunity for Trans and Gender Non-Conforming People to come together to break isolation, build new solutions, and address issues facing their community. It also comes on the heels of the horrific murder of 17-year-old Mercedes Williamson, a Trans woman from Alabama, earlier this month; as well as the now infamous “Obama Heckler” incident earlier this week, where a Trans woman interrupted President Obama to raise awareness about the high levels of physical and sexual abuse Trans and Gender Non-Conforming People experience in U.S. detention centers.

While we are celebrating today’s decision to allow people to marry who they love, we also recognize that there is still much work to be done to ensure that Trans and Gender Non-Conforming People, in the U.S. and internationally, are able to live free from violence, racism, and hate. 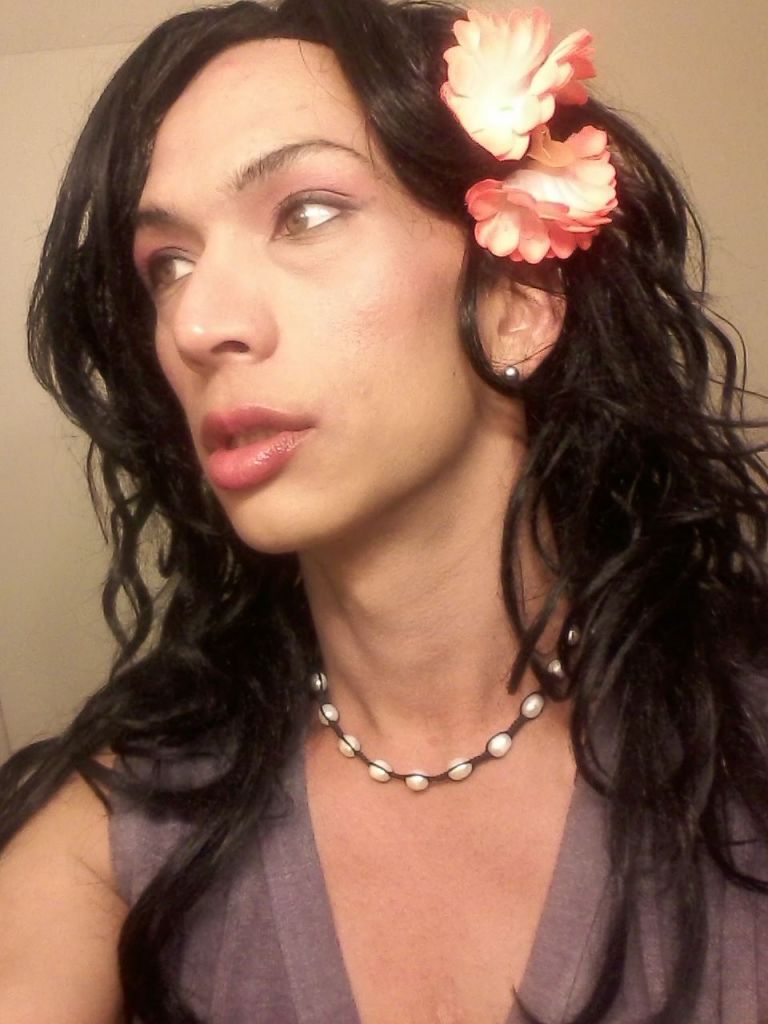 Consider the story of Jennifer Laude, a Filipino Trans woman who was choked to death by a U.S. Marine in a hotel room in Olongapo City, Philippines on October 11, 2014. Laude, a 26 year-old, was described by friends as “full of joy,” and “selfless,” and often sent money back home to support her family.

Only five months later, the lifeless body of Taja DeJesus, a 36-year-old Latina Trans woman, was found stabbed to death in a stairwell in San Francisco’s Bayview neighborhood. Described by her mother as, “beautiful inside and out,” DeJesus worked for Trans:Thrive, a local organization serving the Trans community.

Though continents apart, these stories are an important reminder that, despite impressive gains made by the broader LGBTQ community in the past decade, as well as increased media attention specifically on transgender rights more recently, Trans and Gender Non-Conforming People of Color continue to be killed at alarming rates.

According to the National Coalition of Anti-Violence Programs, a record 14 homicides of LGBTQ people have been reported in the U.S. so far in 2015. While these numbers most likely are underreported, they are still telling. Nearly 80 percent of the victims were People of Color, and more than half of the victims were Trans Women of Color.

As a rapid response funder rooted in and led by feminist values, we stand in solidarity with Trans and Gender Non-Conforming People globally who are rising up for their rights. This year alone, we have made seven rapid grants to support Trans-led organizations – in the U.S. and internationally – to bring awareness and justice to the high levels of violence that Trans and Gender Non-Conforming People of Color face, in the U.S. and internationally.

We recently made two rapid grants to demand justice for Jennifer Laude and Taja DeJesus. The first grant, in partnership with local Bay Area organization TGI Justice Project, supported a Die In at San Francisco City Hall and a press conference in February 2015. Both actions brought much needed attention to the murder of DeJesus, and other Trans and Gender Non-Conforming People of Color in the U.S. 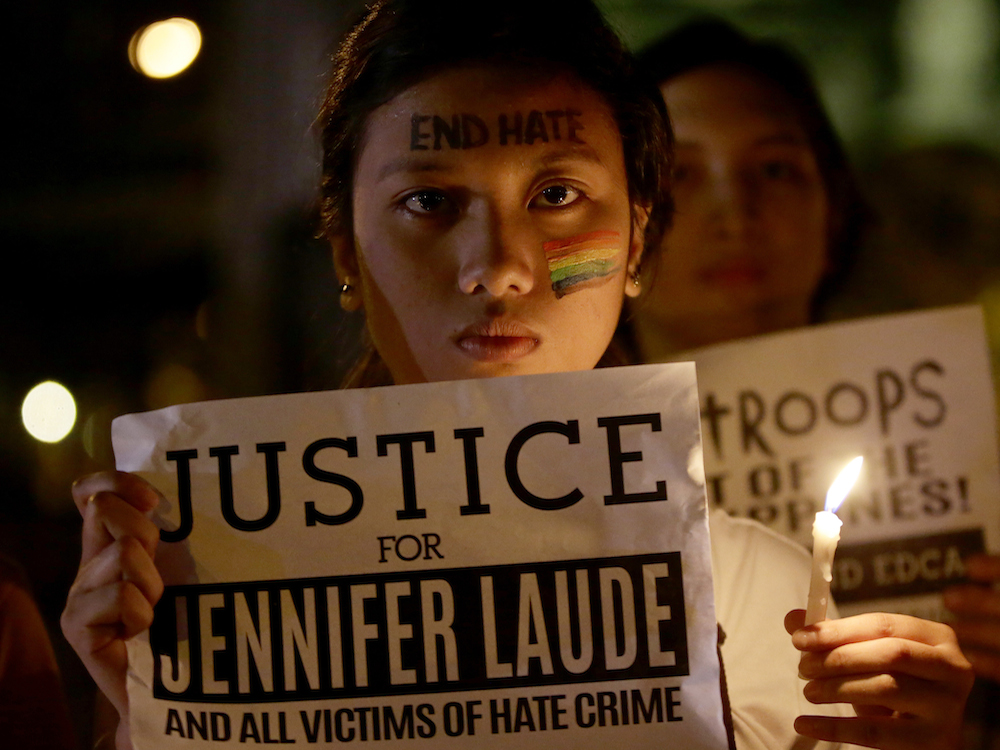 The second grant will go to support an International People’s Tribunal in Washington D.C. from July 16 – 18, 2015. The tribunal will bring together 300 people from around the world to bring awareness to Jennifer Laude’s murder, along with other injustices, at a critical moment in her case. In addition, the tribunal seeks to connect the issue of violence against Trans women locally and globally by highlighting Laude’s death within the context of the murder of Trans and Gender Non-Conforming People in the U.S.

While today’s landmark decision in favor of love gives us much to celebrate, we ask that you take a moment to remember these two women, and the many other Trans and Gender Non-Conforming People of Color whose lives have been taken from us due to hate.

In addition to our role as a grantmaker, we also strive to be an advocate for the issues that we support. Today, we joined grantees, the Audre Lorde Project and Gabriela, along with other Trans and Gender Non-Conforming organizations and allies, for a Trans Day of Action march on the Christopher Street Pier in New York. Nearby, in front of the historic Stonewall Inn, people rallied to celebrate the Supreme Court ruling legalizing same-sex marriage. At one point the Trans Day of Action march walked past the Stonewall Inn, and the two groups faced each other, separated by a fence and a row of police.

What happens to our movements when we walk past each other, separated by multiple barriers? How do we mobilize for an uncompromisingly intersectional, holistic, and transformative agenda, and at the same time, celebrate victories along the way, even if these victories fall short of our ultimate vision of liberation? 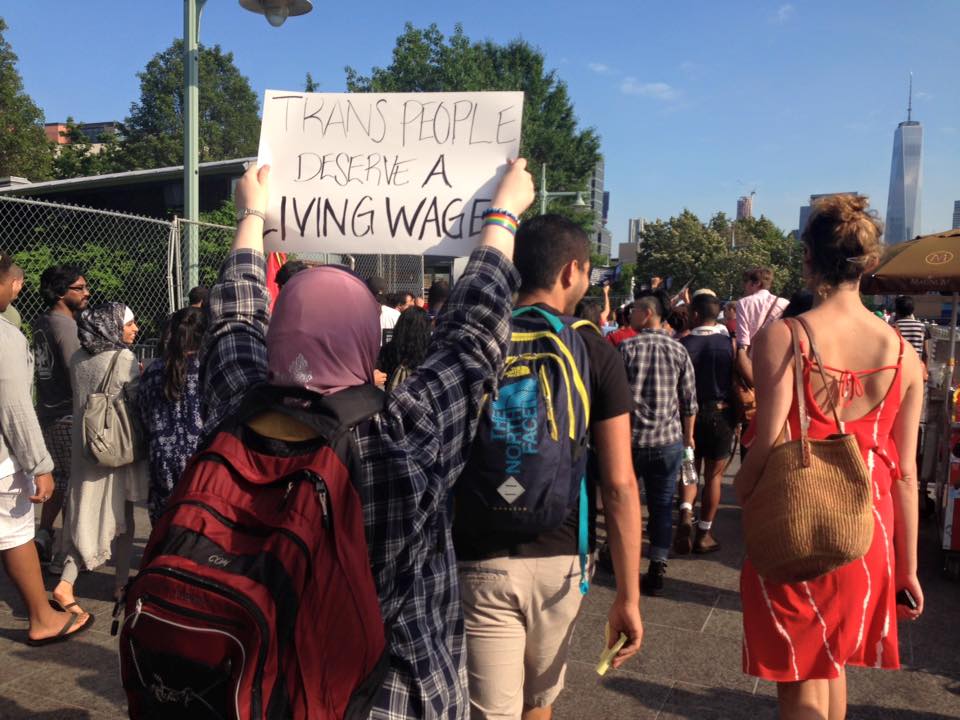 Urgent Action Fund Board Member Charlotte Bunch describes revolution as a “symphony of liberations,” in which diverse movements for justice come together, each playing a vital role. As we advance towards justice, let us remove the fences that separate us and stand together in unity, with deep empathy and solidarity. Only then, in the words of a different group of Supremes, will we have a chance to hear a symphony.

The Trans Day of Action event ended with the powerful call: “We must love and protect each other.” Different movements and tactics can indeed strengthen each other, but only if we commit to practicing loving and protecting each other across these movements as well.

Now, more than ever, each of us has a responsibility to speak out against the ongoing discrimination and violence against Trans and Gender Non-Conforming People, in the U.S. and globally, and lift up their voices in demanding that all people may live free from discrimination.