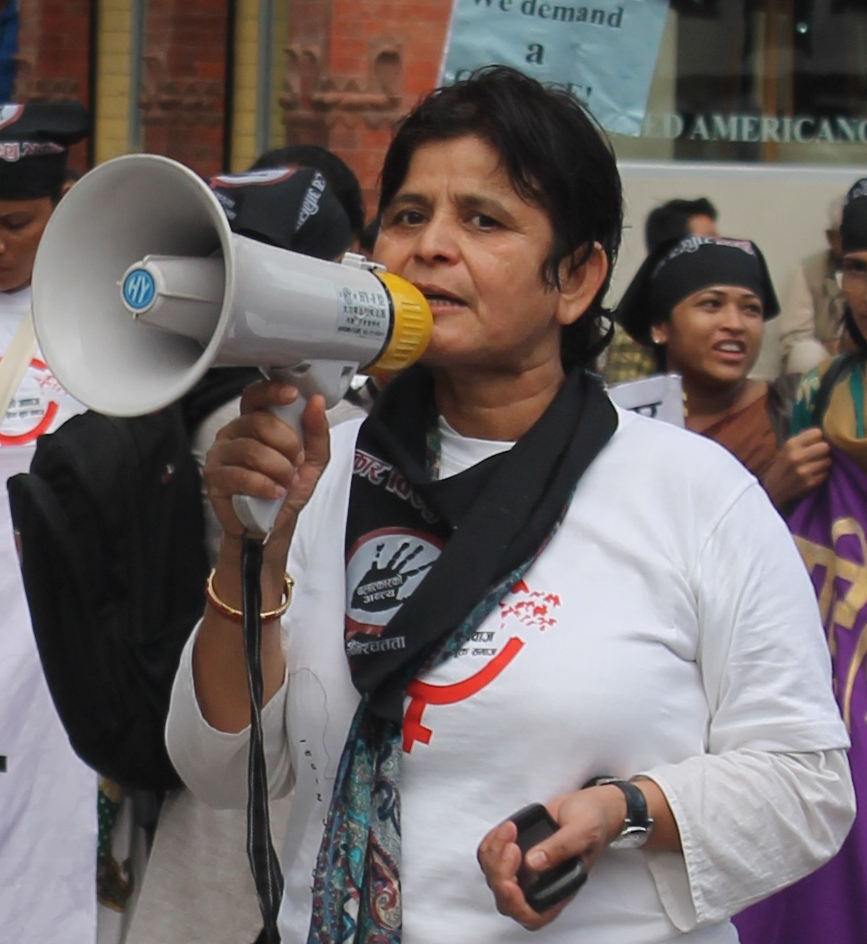 THE ACTIVIST: A lifelong defender of women’s rights, Dr. Renu is the founder of the Women’s Rehabilitation Center, which combats violence against women through advocacy efforts and support services for survivors of sexual violence.

THE CONTEXT: According to a 2012 report, nearly half of all women in Nepal experience sexual or physical violence in their lifetime. Despite widespread prevalence, few options exist for women to pursue justice when they experience violence.

THE IMPACT: With support from Urgent Action Fund, Dr. Renu’s organization launched a national anti-rape campaign to raise awareness about sexual violence. The campaign mobilized thousands of women across the country and led to the creation of fast track courts, which provide prompt justice to victims and discourage violence against women. Click here to watch a video of the national anti-rape campaign.

“It came out like a fire. Women from all over the county were there. They said no, we will not tolerate sexual violence.”