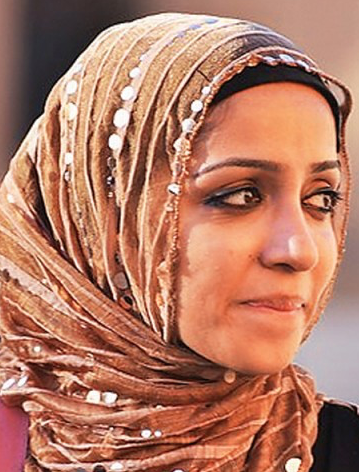 THE ACTIVIST: Sana Saleem is a Pakistani journalist, blogger, and co-founder of Bolo Bhi, an NGO that supports freedom of expression through multimedia and advocacy campaigns.

THE CONTEXT: Hong Kong relies on the UNHCR to process its refugee claims and has no domestic asylum process. As a result, asylum seekers and refugee women have limited rights in Hong Kong, are unable to work, and have no path to asylum or citizenship. In 2013, Hong Kong’s High Court made a landmark decision to overhaul its refugee status determination process. In September, the Legislative Council held sessions to determine what this new structure would look like.

THE IMPACT: With a rapid grant of $5,000 from Urgent Action Fund, Sana worked with refugee women to document their stories and prepared them to testify before the Legislative Council. Their stories moved hearts and changed minds. As one legislator said, “Today you have taken a huge step, you’ve shown the people of Hong Kong that refugees exist, you’ve shown them your life and the problems you face while living in Hong Kong.” Sana’s campaign influenced the discussions and will yield tangible improvements, including a shorter waiting process, for refugees and asylum seekers.