At the United Nations Headquarters in New York, 2015 was marked by pervasive opposition to human rights, as UN Member States repeatedly attempted to roll back their earlier commitments. As we embark on this New Year, contentious discussions around the resolution on human rights defenders last November and December are a renewed reminder of the indispensable role civil society plays in countering this backlash. 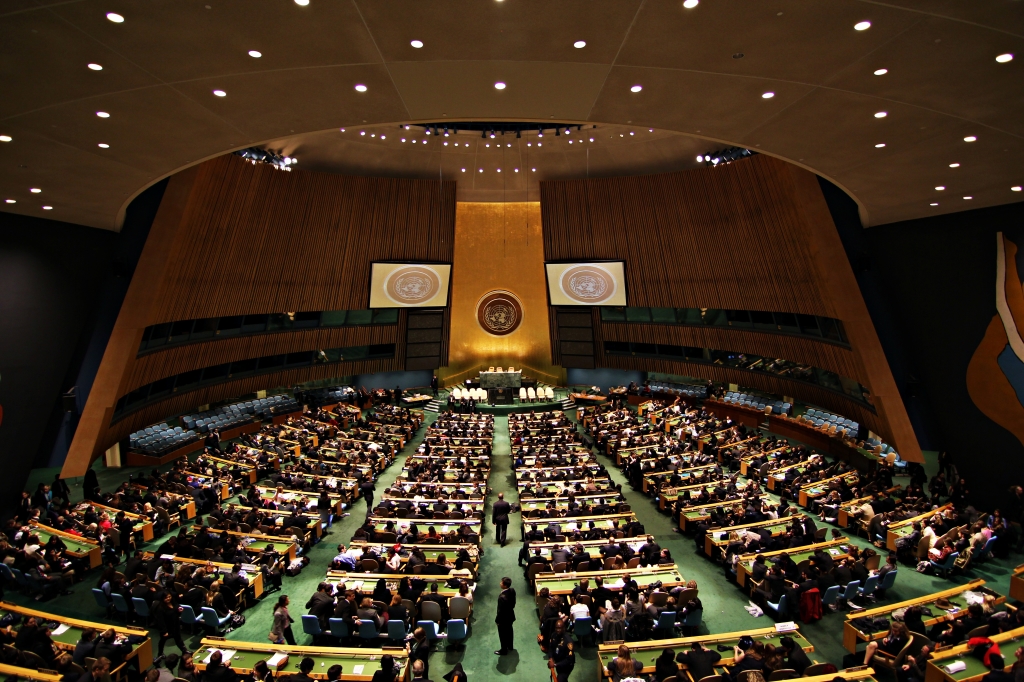 Every year since and always by consensus, UN Member States reaffirmed this commitment at both the General Assembly and the Human Rights Council in subsequent resolutions on human rights defenders.

Last November, however, the annual draft resolution was met with fierce opposition at the General Assembly’s Third Committee, with the Africa Group proposing amendments to undermine the text and with China and Russia calling for a vote on the resolution for the first time in its history.

The resolution came on the heels of a report to the General Assembly by the UN Special Rapporteur on human rights defenders, Michel Forst. Drawing from extensive consultations with over 500 defenders from 111 States, the report highlighted an alarming deterioration of the situation for human rights defenders in law and in practice in most countries in the world, as well as an enduring lack of recognition of their vital contributions and of their need for protection.

In the face of these growing threats against human rights defenders, Urgent Action Fund joined a diverse group of over 180 civil society organizations from around the world and called on States to follow through on their existing commitments by supporting the resolution, rejecting amendments that dilute it, and taking concrete steps to protect defenders.

Following this major NGO initiative, when the General Assembly met in plenary, the resolution, titled “Human rights defenders in the context of the Declaration on the Right and Responsibility of individuals, groups and organs of society to promote and protect universally recognized human rights and fundamental freedoms,” passed with an increased majority of 127 in favor (up from 117 in the Third Committee), 14 against, and 41 abstentions.

Despite the resolution being put to a vote for the first time in its history, its adoption by a clear majority is a positive step. The text strongly condemns violence against human rights defenders and recognizes the urgent need to ensure their protection.

Importantly, the resolution is the first to recognize that the protection of defenders of economic, social and cultural rights is fundamental to the full realization of these rights. Further, in addition to highlighting the essential work of these defenders and the particular challenges they face, the resolution underscored the responsibility of both State and non-State actors, such as businesses, in ensuring the protection of all human rights defenders.