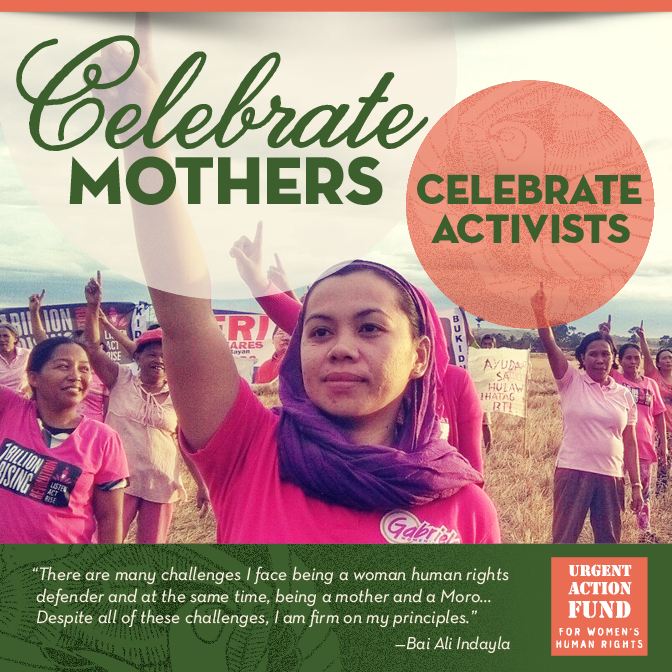 The women and trans* human rights defenders that Urgent Action Fund supports are diverse and come from all walks of life. They may be journalists, social workers, civil servants, grandmothers, artists, farmers, teachers, or more. What unites them is that they have gone to great lengths to advocate for and protect the human rights of women, girls and LGBTI people in their communities – often at great risk to themselves and their families.

Too often, the stories of these courageous individuals remain invisible.

That’s why, this Mother’s Day, we are bringing to light the stories of human rights defenders who are also mothers. From April 25th to May 8th, we will be sharing a few of their stories with you. If their stories inspire you as much they us do us, please make a gift to our Mother’s Day Campaign.

Our goal is to raise $5,000 by Mother’s Day, May 8th, to provide rapid support to a women’s human rights defender when she needs it most. Will you join us? 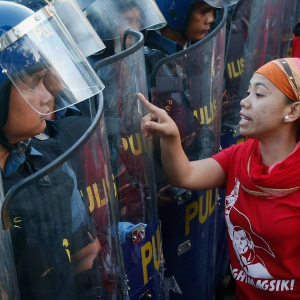 Bai Ali Indayla is an indigenous activist from the Philippines who works on issues from poverty to violence against women. She is also the mother of a two-year-old son. Last month, Bai Ali organized farmers in her community in the Philippines’ Mindanao region to rise up and demand government assistance following a climate change-induced famine. Instead of receiving rice, the farmers were met with bullets. Four farmers were injured, several were detained, and many more sustained injuries, including Bai Ali.

In response, Urgent Action Fund issued a rapid grant – in just 12 hours – to ensure the safety of Bai Ali and her two-year-old son, and to support her organization in leading an international campaign to hold the Filipino government accountable for its actions. 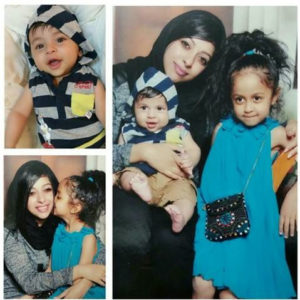 Zainab is a 29 year-old Bahraini women’s rights activist and mother of two, currently in critical condition in a Bahraini jail. In March, she was arrested at her home and taken to jail, along with her 15-month-old baby, just for ripping up a picture of Bahrain’s monarch and “insulting” a police officer. For this, she was sentenced to three years in prison.

In response, and with rapid support from Urgent Action Fund, an international advocacy campaign calling for Zainab’s immediate release was launched. To date, the campaign has reached a network of more than 1.4 million people through a coordinated social media campaign and a joint letter of solidarity signed by more than 100 human rights organizations worldwide. As a result of the campaign, the Bahraini government has reduced Zainab’s sentence from three years to one year, and is currently considering her release following a visit by the U.S. Secretary of State John Kerry in April.

Show your support for the safety and resilience of women activists – like Bai Ali and Zainab – who are mobilizing their communities to ensure justice and equality for women and girls everywhere.

Make a gift today and celebrate a special woman in your life.