A Step Forward for Trans* Rights in Vietnam 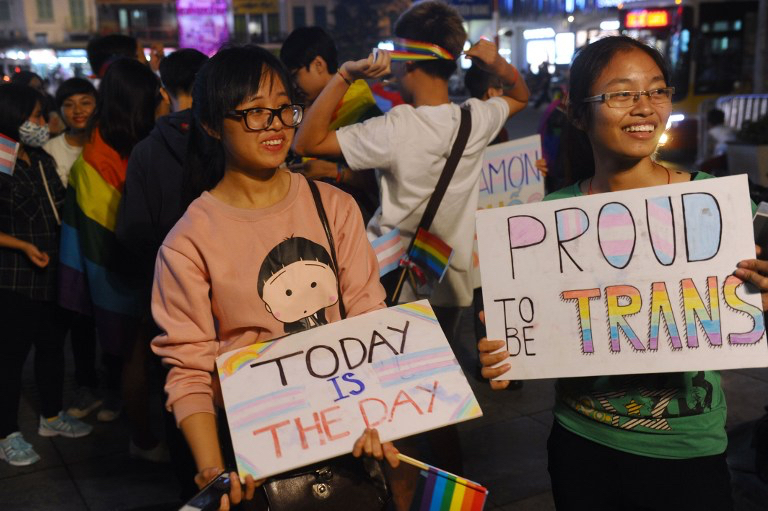 Members from the local LGBT community gather to celebrate a law newly approved by the National Assembly on transgenders in Hanoi on November 24, 2015.

Activists and human rights organizations in Vietnam have paved the way for LGBTI rights in Vietnam in recent years. This includes organizing the country’s first-ever pride parade in 2012 and decriminalizing same-sex marriage in 2013. Despite these achievements, discrimination towards LGBTI people remains widespread.

This is especially true for trans* women, who continue to face stigmatization at home and in the workplace, and lack access to safe, legal health services. For example, gender transition remains illegal in Vietnam As a result, more than 2/3 of trans* people in Vietnam either go overseas for surgeries or have illegal, unsafe surgeries at home. This leads to several health risks and further marginalizes trans* people.

In response to this health crisis, and with rapid support from Urgent Action Fund, women’s rights organization The Center for Studies and Applied Sciences in Gender and Adolescent (CSAGA) launched a national campaign in Fall 2015 to include trans* rights under Vietnam’s Law on Family and Marriage and the Civil Code amendment process. The campaign targeted policy makers, MPs, mass media, and the public to support the rights for gender transition and name change to reflect the transition.

“We are celebrating this victory not only for our community, but also for our country. Vietnam has become more tolerant and inclusive. In amending the civil code, an important door has been opened for us.”

As a result of the campaign, on November 24, 2015 the Vietnamese National Assembly approved a bill to legalize sex reassignment surgery and to introduce the right to legal gender recognition for transgender people who have undergone such surgery.

The law represents a small, but significant step toward recognition of transgender people’s rights in Vietnam. According to one of the lead organizers of the campaign, Nguyen Hai Yen, “We are celebrating this victory not only for our community, but also for our country. Vietnam has become more tolerant and inclusive. In amending the civil code, an important door has been opened for us.”