We are proud to announce that Urgent Action Fund made its 1500th rapid response grant! This important milestone represents the hard work of board and staff; the tremendous generosity of our supporters; and, the courage and resilience of women’s rights activists worldwide who continue to rise up for equality and justice.

The grant went to support Women’s Network Croatia to mobilize an urgent rally in response to increasing attacks against women’s reproductive rights by conservative groups.

Following the election of a right wing Croatian government in January 2016, conservative groups and the Catholic Church have increased their efforts to restrict access to safe and legal abortion services. Most recently, conservatives in Croatia organized the country’s first-ever national “Walk for Life” in Zagreb on May 21, 2016. Modeled after similar events in Chicago and Rome, the Walk – which drew over 7,000 participants – emphasizes “protecting families”, while simultaneously calling on government officials to put in place stricter reproductive rights laws, including a national abortion ban. 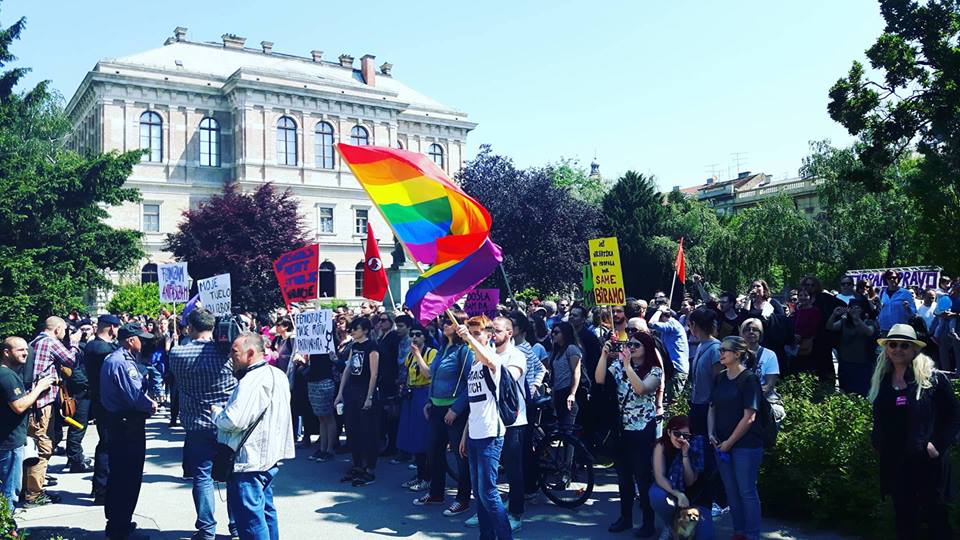 Pro-choice demonstrators participate in a counter-rally in front of the Croatian Constitutional Court in Zagreb, Croatia on May 21, 2016

In response, Women’s Network Croatia, along with other women’s rights groups, organized a counter-protest “Defend the Right to Choice” in front of the Croatian Constitutional Court on the same day. The counter-protest brought together hundreds of pro-choice activists, performers, public figures, and concerned citizens from across the country to defend Croatia’s current law, which allows for legal abortions within the first ten weeks of pregnancy.

As the Women’s Network Croatia’s Coordinator, Bojana Genov, describes: “We are against those who want to ban the right to choose and who, under the guise of caring for the family, are actually attacking families because they want to deny them the autonomy and the possibility to make decisions without interference from others. The current law, which has been in force for several decades, is extremely good and modern and should be protected.”