Women stand their ground — from Standing Rock to Boeung Kak

Land, natural resources, and the environment are vital issues for women human rights defenders around the globe. Urgent Action Fund supports this work in countries from Cambodia to the United States. This week, we supported two movements working on these issues, each led by courageous women standing up for the land and for their communit 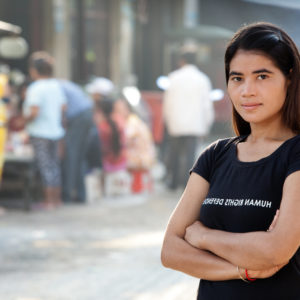 When women lead environmental and land rights movements they often face particularly vicious backlash and attempts to silence their voices. You can join us in supporting women on the frontlines of these struggles by making a gift today.