On Charlottesville – the need for human rights defenders to keep pushing for cultures of justice, equality, and peace 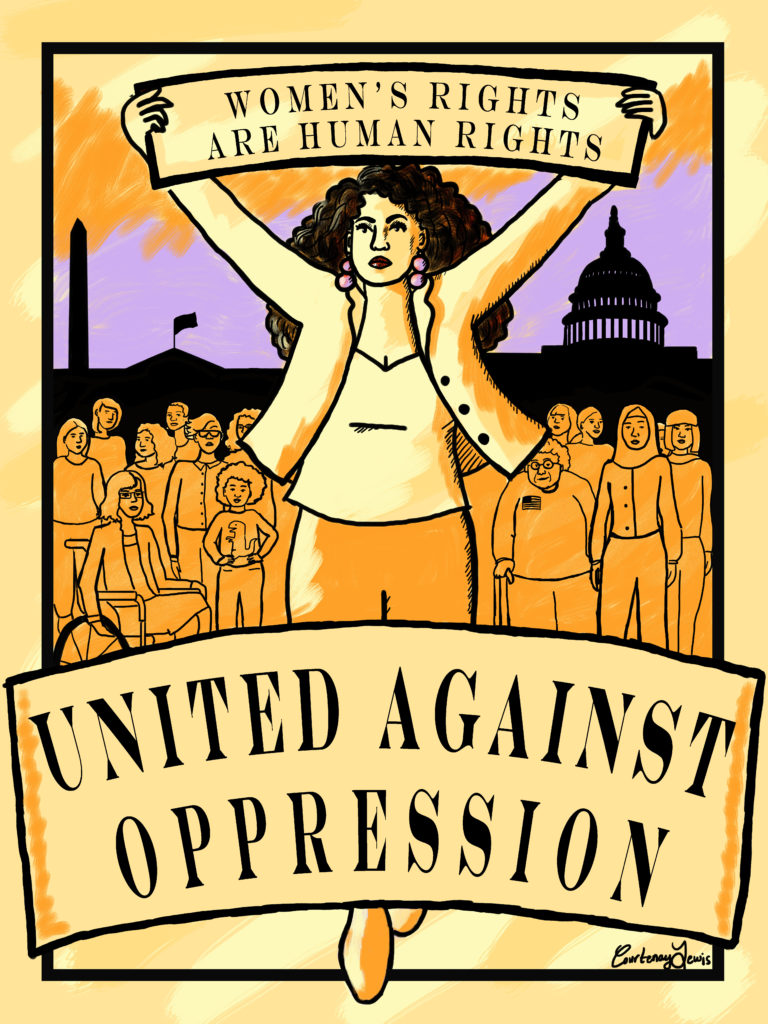 Artwork by Courtenay Lewis for the Amplifier Foundation.

On Saturday morning, many of us woke up to the painful and horrible images of the events in Charlottesville. Many watched in disbelief.

Many were reminded, yet again, that this country is not much different than it was a half century ago.

After months of planning, a well-organized group of white supremacist anti-Semites held one of their largest gatherings in decades. They were protesting the removal of the Confederate General Robert E. Lee statue, carrying Tiki Torches and chanting “Jews will not replace us. Death to Antifa. White Lives Matter.”They were met by a group of counter-protesters. After a few hours, a car came speeding down the street, ramming into the protestors, killing one young woman and injuring dozens more. A state of emergency was declared.

This will not be the last incident. Unfortunately, fascist and xenophobic movements seem emboldened by political leaders who turn a blind eye to violence and use rhetoric that promotes hate and that upholds systems built on oppression. Specifically, a system that privileges white people based on the false premise that white people are superior to other people, white supremacy. White supremacy permeates the fabric of the United States’ history, laws, economy, and social structure.

If we are ever to turn this tide of hatred, violence, and structural oppression, we have to be willing to be bold. We have to ask ourselves the hard questions. How are we are enabling white privilege in our communities, in our organizations and institutions? What actions are we willing to take to dismantle white supremacy and oppression one brick at a time? Transformational change will not come unless we are willing to be uncomfortable.

Since 2001, Urgent Action Fund has made over 100 rapid response grants to U.S. activists, however, half of those have been made in just the past three years, as activists have demanded change and demanded justice and accountability related to the increased violence against communities of color, LGBTIQ+ and Muslim communities, and immigrants. These groups are fighting at multiple intersections affecting historically oppressed communities in the United States. Whether it’s transphobia, police violence, reproductive justice, labor rights, land rights or Islamaphobia—we will continue to stand in deep solidarity, supporting the transformational work of women and transgender human rights defenders who create a more just and fair world for us all. We lift up the community of Charlottesville and those who were willing to stand on the frontlines courageously and boldly.

Click here to read more about Urgent Action Fund’s work in the U.S. through our Resist and Reclaim Fund.