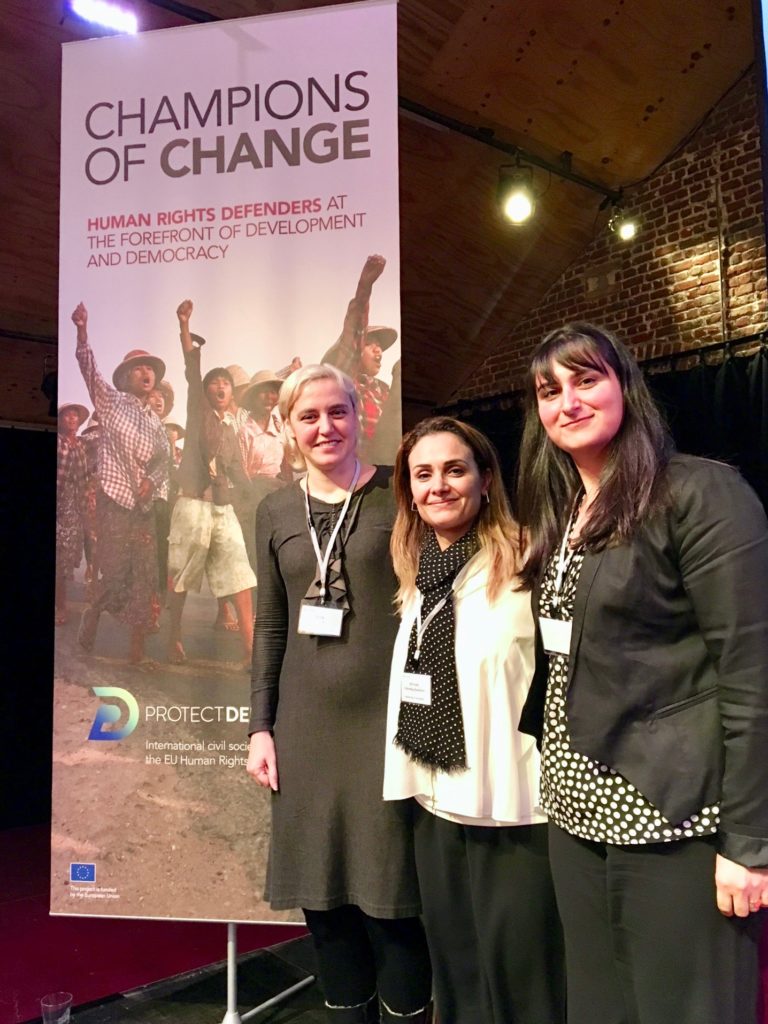 Funding rapid response grants for the collective care and resilience of women means that our core value is co-responsibility.  Co-responsibility to activists in attaining justice for women. Partners with human rights defenders in the many movements they lead. And there for activists when they need it most.

In 2017 the demand for support of women’s human rights grew everywhere. Especially for those whose work is fierce, brave, beautiful, and largely invisible because it is on the frontlines.

A feminist Russian activist who received support from Urgent Action Fund told us, “When they shut the door we come through the window.” In 2018, we’ll be there as women’s rights movements find critical moments of opportunity for change and we’ll have their backs when times get tough.

Will you stand with us?