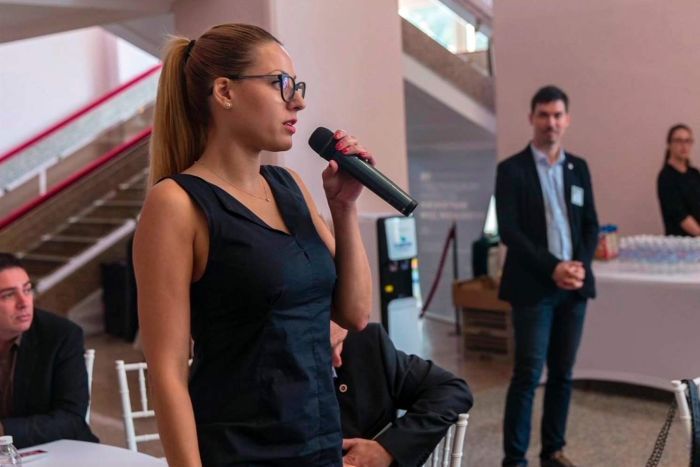 Within women human rights activist circles, the recent rape and murder of Viktoria Marinova, journalist covering EU corruption, is all too familiar to circumstances surrounding the killing of Brazil’s Marielle Franco. And similar yet to the murder of Berta Caceres, a well-known environmental and human rights activist killed her in her bedroom when unidentified assailants broke into the Honduran home.

These are not one-offs; they are part of the stark reality women activists—who put their lives on the line to challenge oppressive regimes and destructive multinational corporations—face every single day. For each murder, there are countless examples of women being threatened, forced to flee their homes, or physically attacked. And while it’s true that civil society organizations all over the world are facing escalating threats, too little attention is being paid to the consistently gendered nature of these attacks.

It was with this oversight in mind that, the Urgent Action Sister Funds, recently published our report, Feminist Resistance and Resilience––A Reflection on Closing Civic Space. The report brings together the experiences of several dozen women human rights defenders (WHRDs), as well as LGBTI activists from across North America, Europe, Central Asia, Middle East, Africa, and Latin America. Our report found WHRDs and LGBTI activists are facing increased censorship, surveillance, harassment, and threats from their governments, and are often the first to bear the brunt of violence.

The report finds there to be a growing consensus within the broader human rights community that our current approaches to protection and safety are inadequate. But while it is clear that the mechanisms available to WHRDs now are failing, the report also finds clear lessons for funders who want to support activists in this difficult climate. Five key recommendations are explained in greater detail below.

Some activists, in response to hostility or indifference from governmental bodies, are looking for new ways to communicate and organize through the arts. In the United States, for example, activists we interviewed had organized a music protest in front of an immigration detention center in downtown Los Angeles in order to raise awareness about the vulnerabilities and resilience of invisible populations. Similarly, a social justice comedy training program, led by trans women of color, has given the trans community a space for collective celebration in the face of mounting violence. In Turkey, meanwhile, LGBTI activists and women’s rights activists we spoke with have formed a choir in order to create a politically neutral space where people could meet and organize.

As civic spaces in parts of the world continue to be attacked, some WHRD and LGBTI activists have responded by intentionally building coalitions with nontraditional allies. Coalition building through cultivating non-traditional alliances is a strategy intentionally adopted by women and LGBTI groups to survive and gain strength as the civic space contracts. In Turkey, LGBTI groups-built alliances across medical associations, teachers’ unions, and political parties to improve conditions for the LGBTI community. Allies offered non-discriminatory medical care and offered activists safe meeting spaces.

4) Broaden our understanding of what protection means

Security and safety is essential to the work and wellbeing of activists. But protecting human rights defenders doesn’t only mean protecting them against physical violence; it requires defending them against slander, stigmatization, and other forms of character assassination. Our research found a growing need among activists and organizations for rapid response networks and trainings on digital security. One activist interviewed mentioned, “We have limited funding for training, and we are much slower than the fast pace of governments that are learning how to control through technology.” Protection can also mean organizations need support with the medical and psychosocial services, or the provision of safe houses.

Donors occupy a critical position in advancing human rights, yet their current funding systems can undermine progress and may also be inadvertently accelerating the process of closing civic space for women’s rights activists.  This happens when small activist groups do not get funded as a result of their size and limited financial standing and when they do, the funds are short-term, highly restricted, and tied to rigid time frames and deliverables. In order to address this error, it is important for donors and supporters to develop a better understanding on how smaller feminist and LGBTI organizations—including nonregistered groups, collectives, and other unorthodox formations—can be helped. If donors are committed to taking a human rights and social justice approach to funding, then there needs to be a greater focus on helping the most marginalized. 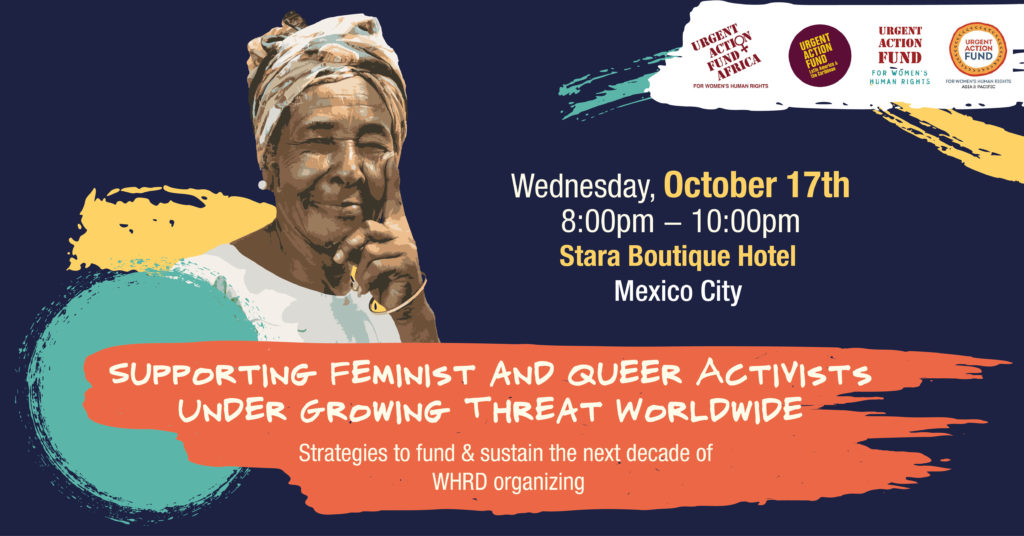 Join us in Mexico as we strategize a way forward

Authoritarian regimes continue to rise worldwide, posing a risk to the already minimal 2% of available human rights funding women’s human rights defenders receive.  We will be sharing the learnings of our latest report and posing a way forward at the upcoming Human Rights Funders Conference in Mexico City on October 17, 2018.

We will be joined by a live panel of grantee partners from Nicaragua and Slovakia doing cutting-edge work on the connections between fascism, authoritarian regimes, and reproductive rights in Latin American and Central European contexts. The event will be conducted in Spanish and English with simultaneous translation provided. Send your RSVP, language preference, and any accessibility requests to onyinyechi@uaf-africa.org