Originally posted to the Urgent Action Fund Blog on June 28, 2018. 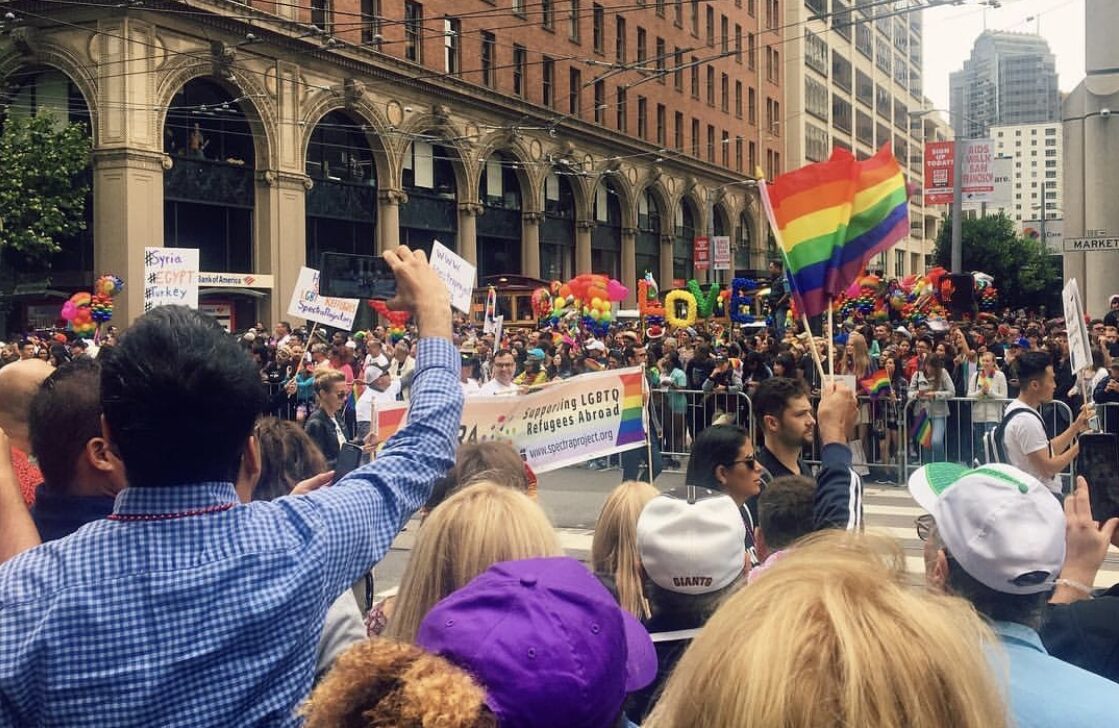 Mainstream Pride coverage emphasizes glitter, parties, and corporate sponsorships but the Pride celebration many of us glorify today was created on the backs of trans sex workers of color. To conclude #PrideMonth with activism that honors Pride’s radical roots and lasts the remaining 11 months of the year we must center the narrative around those experiencing the most violent forms of oppression under the LGBTQIA umbrella. Who might that be? It’s STILL trans sex workers of color.

Trans people all over the globe are facing increased violence and threats to their livelihood despite growing global societal acceptance of LGBTQIA people. Last week the World Health Organization recategorized transgender identity from mental disorder to “gender incongruence.” This is a step forward, but at a time when we need a giant leap rather than a step if we are to prevent more violence and secure equity. Securing resources and designing systems that ensure the safety and autonomy of trans sex workers of color are NGOs from India, Kyrgyzstan, Armenia and the United States, each partner with the Urgent Action Fund for Women’s Human Rights to strengthen and sustain LBTQI movements around the globe. Their stories of activism below.

Dr. Shymala Nataraj and the team at South India Aids Protection Programme support the wellness and safety of trans people and women by deconstructing the stigma surrounding sex work in metropolitan and rural India.  A stigma that involves the myth that sex work is the same as trafficking and that fails to account for the economic agency and mobility of disempowered people, who are consenting to sex work because it is often their only viable means of a living wage.

The SIAPP team deconstructs this stigma by running workshops where they discuss agency along a continuum and work through scenarios together that explain how being pro-sex work exists alongside anti-trafficking, not in opposition to it. 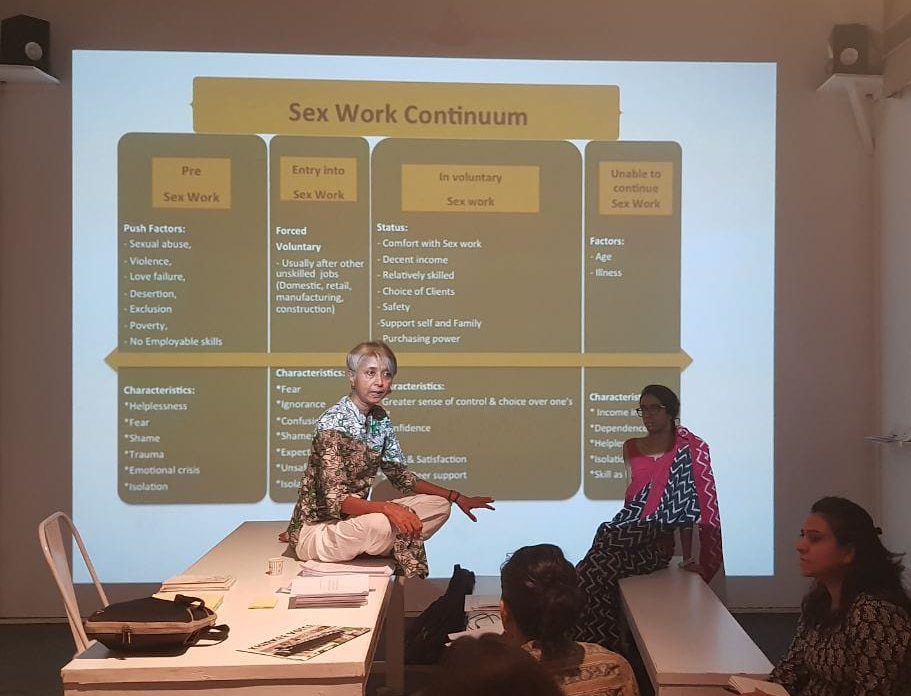 There is a particular urgency to SIAPP’s work as recently proposed legislation in India expands the definition of “aggravated forms of trafficking.” This could actually criminalize trafficked survivors and further rob women and trans people of their autonomy to make a safe living for themselves and loved ones in a country like India, where economic hardship is widespread and employment for trans people is nearly non-existent. 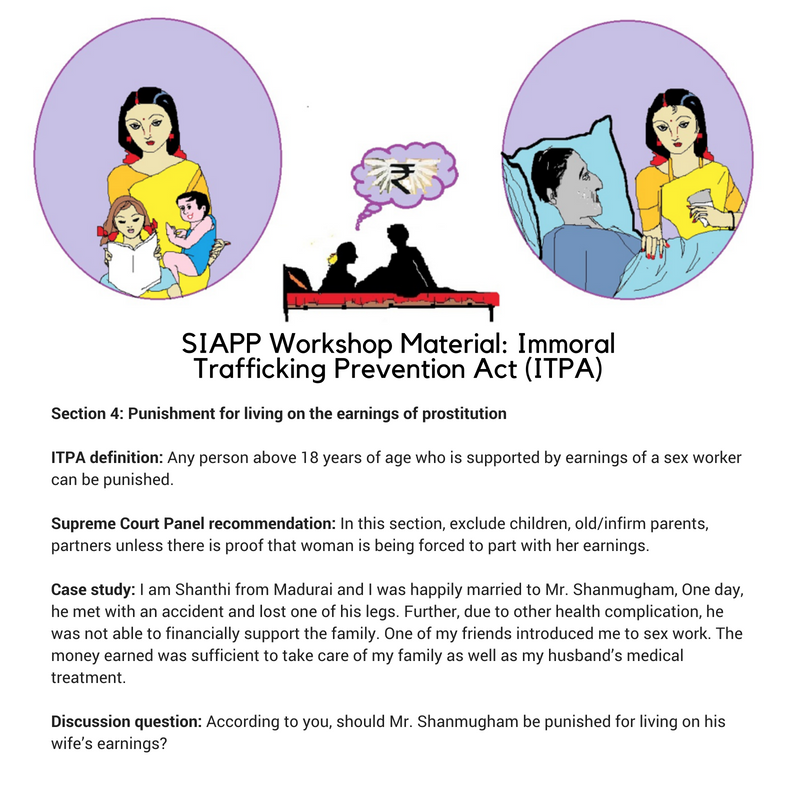 The 2018 Anti-Trafficking Bill in India has fundamentalist undertones that reflect the language and policies currently coming out of the United States, despite more common sense rulings and definitions of exploitation from the Indian Supreme Court.
Define: brothel
A brothel is a place where commercial exploitation or abuse takes place. If there is no sexual exploitation, it shall not be considered a brothel. –  Mr. X, Central Kerala v. State of Kerala, Kerala High Court, India, 2009

Nonetheless, the roots of extremist religious ideologies whether they be Western in origin, or blamed on Western influence, can also be seen in the recent violent raids of trans sex workers houses in Kyrgyzstan preceding the advent of the World Cup.

Labrys, a grassroots platform committed to improving the quality of life and human rights of LGBTIQA people in Kyrgyzstan and Central Asia, evacuated a group of trans sex workers earlier this month, who have been impacted in state-authorized clean ups in lieu of the FIFA 2018 games in Russia.

Referencing the visibility of sex workers in tourist hubs in St. Petersburg,  Milonov stated: “certain ‘figures’ hand out catalogs to the passers-by with addresses of hangouts, post their nasty ads on poles…The task is to ensure that prostitutes are not only out of sight, but in general from our life, public consciousness.”

The argument surrounding sex work becomes a moral and deeply gendered one when bills like the Anti-Trafficking Bill in India and reform described by Milonov are used to to define all sex work as exploitation. Voluntary sex work is not recognized and advanced argumentation surrounding the exploitive nature of all work in capitalist models does not exist.

This is how violence by the state against women and trans people becomes sanctioned. They become exploited for being exploited. And for Russia and Russian influenced periphery countries in Central Asia, prostitution becomes a “European” entity, a Western entity, Russia can further distance itself from and respond back to with force. 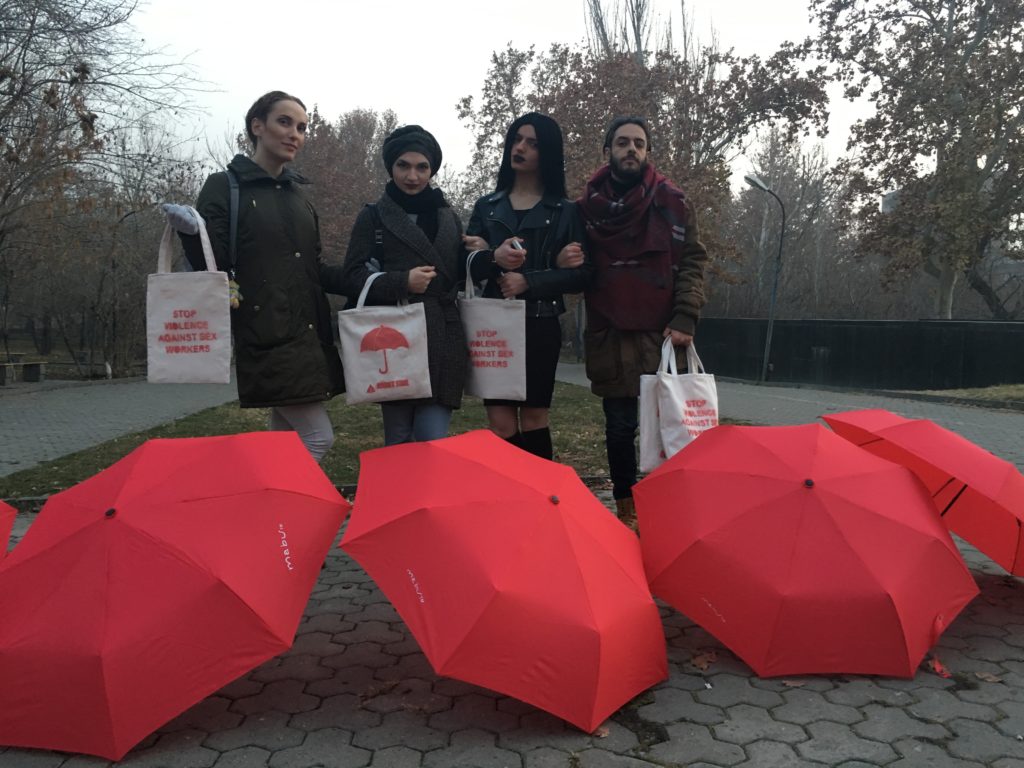 A red umbrella is the recognized symbol for sex worker rights. Photo courtesy of Right Side NGO, Armenia, 2017.

Meanwhile, Right Side NGO, the first and only trans led organization for trans people in Armenia and South Caucus continues to host awareness campaigns for the acceptance of trans people and in turn trans sex workers.

“We deal with trans issues generally and in doing so also support those engaged in sex work. Due to stigma and discrimination, transgender people often don’t have an alternative choice of work. The aim of our most recent campaign was not only to raise visibility for trans people but also raise awareness and tell personal stories. We condemn violence towards trans sex worker women who are brutally beaten and subjected to violence,” says Right Side representative.
In the last two years, Right Side has documented more than 100 cases of gender-based hate crimes. In early 2018, they had already reported two violent attacks on trans women, in both cases the victims were severely injured. In addition, representatives of civil society and politicians promote and spread transphobic messages of hate and violence towards trans people publicly.

In partnership with the European Endowment for Democracy, Right Side released a campaign last month, I AM FEARLESS, to combat persisting transphobia in Armenia. Right Side tries to address the economic hardships of sex workers, especially trans sex workers, by providing vocational trainings in make up and sewing. “We are proud that sex workers are not only beneficiaries of our NGO, but also volunteers and paid employees. Half of our board of representatives are sex workers.”

Read the report: “Hate Crimes and Other Hate Motivated Incidents Against Trans People in Armenia”

Falling in line with the false binary between pro-sex work and anti-trafficking, are the SESTA + FOSTA bills passed by the house and senate in the United States earlier this year. Both feature excessive and stringent criminal charges designed to deter sex workers themselves, as well as organizations in support of sex worker’s rights.

In the passed legislation, an aggravated offense in regards to any entity that “promotes or facilitates the prostitution of 5 or more persons” is tied to 25 years imprisonment. This legislation intends to target online venues where sex workers, not just trafficked people, are thought to advertise. Online venues allowed sex workers to have autonomy and agency over who and how they chose to sell their sexual services, often removing the danger and cost of street work, pimps, and brothels.

Best Practices Policy Project, has released a statement on the emerging patterns of criminalization in sex trafficking legislation that affects communities of color and trans people disproportionately in the United States. Their analysis centers on three points.

The Desiree Alliance, a national coalition for the civil, labor, and human rights of all sex workers just cancelled their 2019 Conference Transcending Borders: Immigration, Migration, and Sex Work despite being a featured speaker at the Women’s March in Vegas earlier this year due to the recent SESTA + FOSTA legislation.
The front page of their website reads: “Due to FOSTA/SESTA enactments, our leadership made the decision that we cannot put our organization and our attendees at risk.  We hope you understand our grave concerns and continue to resist every law that exists to harm sex workers!  Keep fighting!”

The most ironic part of this legislation designed to combat trafficking is that “traffickers might be the most stubborn of the participants in the market,” says Cunningham. They will survive and meanwhile, sex workers will be less able to connect with clients directly having to once again rely on pimps for their livelihood.

Those with the most oppressed identities are the most creative and equipped to design social solutions to carry our society forward.

“Black trans women have been ringing the warning bell for so long,” says Penelope Saunders of Best Practices Policy Project. “We look to the work of Miss Major, Sharmus Outlaw, Tiommi Luckett, Monica Jones, Ceyenne Doroshow and so many other black trans leaders to learn how to be resilient in the face of almost unimaginable prejudice.”

Our grantee partners will continue working to center and gather resources to protect trans sex workers of color and LBTQI people as increasingly restrictive policies jeopardize their safety and autonomy.

We support the fiercest, most creative, voices responding to the oppression of trans people and trans sex workers. When you give to Urgent Action Fund – your gift helps to end this violence. 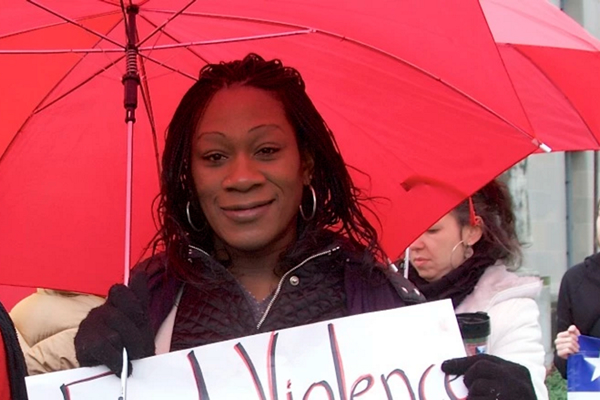 Sharmus Outlaw,  an activist for transgender and sex worker rights and the rights of people with HIV/AIDS passed on July 7, 2016. It is in her memory that the Best Practices Policy Project wishes to honor their contribution to this post. Urgent Action Fund joins them in dedicating this post to Sharmus’s legacy to honor her life’s work and the two year anniversary of her passing.