Progressive Advocacy at the UN: What Gets Priority? 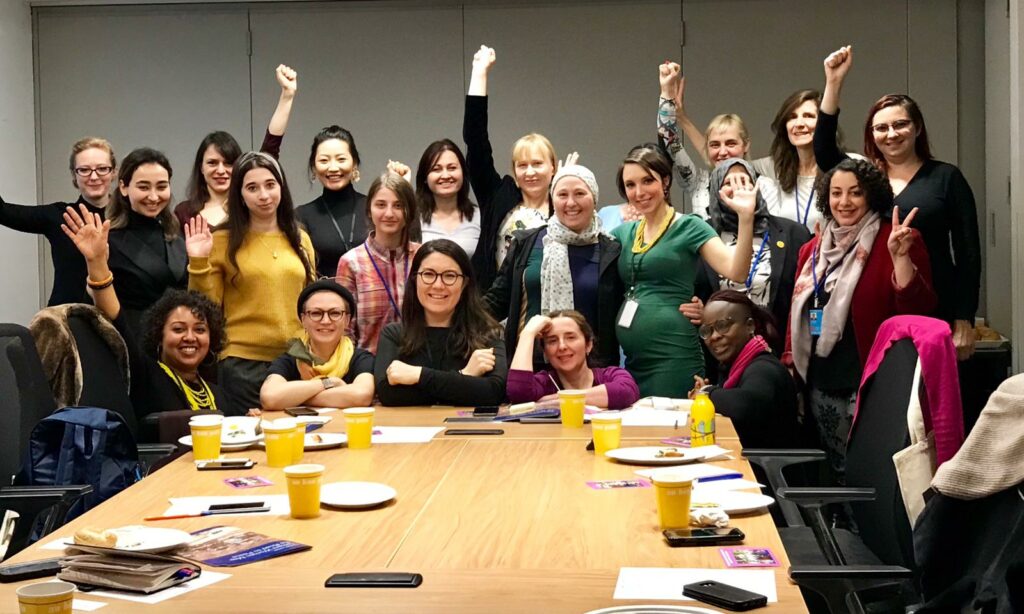 Picture of grantee partners from CSW breakfast meeting gathered around a table with fists raised.

The short answer: our grantee partners.

The 63rd Commission on the Status of Women (CSW)  just concluded and the final resolutions will be deliberated for weeks to come. CSW, the biggest conference hosted by UN Women, is often regarded as a slow-moving space for progressive activists.  Because of the unique position Urgent Action Fund (UAF) occupies as both an international funder and organization led by and for activists, we thought we would give you a behind the scenes look at what we prioritize when addressing a governmental body like the UN in pursuit of gender justice.

At UAF we engage with formal UN mechanisms to center the voices of defenders on the ground. That means our team facilitates consultations between our grantee partners and key UN representatives to advance legal protections for women human rights defenders. We co-organize events where our partners can speak directly to UN officials about the challenges they experience and make concrete recommendations to policy-makers which deepens relationships and understanding of regional contexts.

At the end of the first week of CSW, over 20 of the activists we support from across Central Asia, Eastern Europe, North Caucasus, and the Middle East joined us for an informal breakfast to discuss how they were feeling and what they were experiencing both in their regions and at CSW.

“Our work is only as strong as our relationships with our grantee partners. So meetings like our breakfast provide a safe space for activists to gather and inform us about what is going on. It is the embodiment of what we do. We engage in UN advocacy first and foremost because our grantee partners ask us to. We navigate these complex and sometimes hostile spaces together and UAF can connect them to international advocacy targets to further their goals.”

1. Current Challenges and Opportunities for Women’s Human Rights Defenders: How Can the International Community Better Support Their Work

This panel featuring key UN officials like Assistant Secretary-General Andrew Gilmour and three Special Procedures, ambassadors, and directors to Finland’s human rights and foreign affairs program and other UN special experts sat on a panel with six women human rights defenders calling for an end to violence against and criminalization of defenders. The current global context of unchecked authoritarianism and the rise of populism and the power of corporate greed and influence have restricted civil society’s ability to operate freely. We jointly called for member states to live up to their commitments to protect women human rights defenders, who are increasingly under attack. 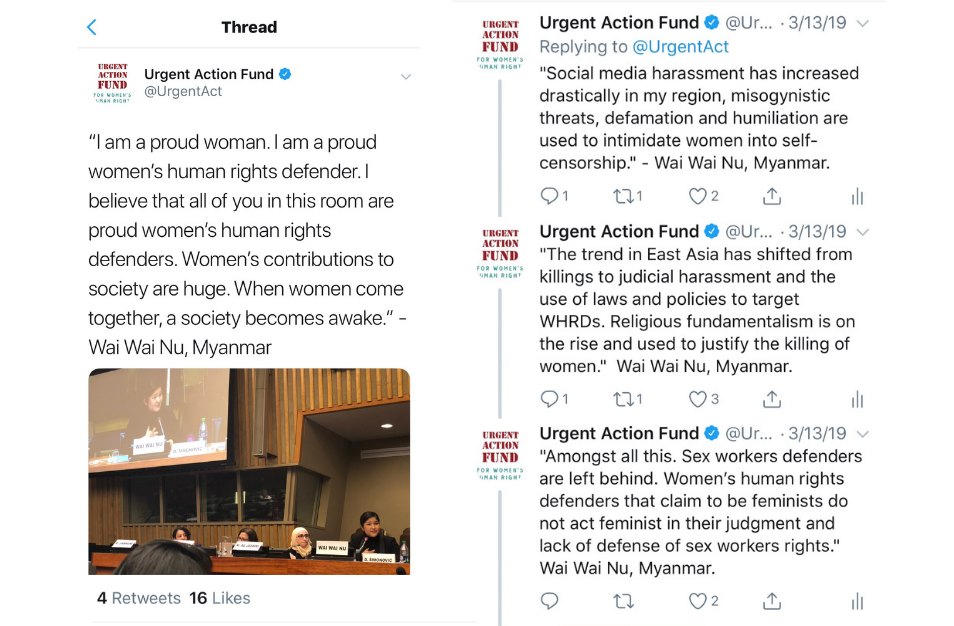 As a member of the Count Me In! (CMI!) Consortium and in partnership with the Netherlands and Uruguay, we held the first official UN side event at CSW advocating for the protection of sex workers and their labor rights, not conflating sex work as sexual exploitation.

Urgent Action Fund has been supporting sex workers since our inception in the late 1990s. Our grantee partners the Best Practices Policy Project and New Jersey Red Umbrella Alliance have been hosting CSW parallel events that advance sex workers’ rights for many years. However, it was significant that these discussions were part of an official government-sponsored side event inside the UN.

As part of our work with CMI!, we are also engaged in advocacy to influence the Spotlight Initiative, a partnership between the European Union and the United Nations to leverage 500 million euros to eliminate violence against women and girls globally – the largest single investment toward ending gender-based violence in the world. We quickly responded to the launch of the initiative, developing a strategy, establishing regular communication with the secretariat, and sharing information between the secretariat and feminist and women’s rights movements globally.

During CSW, we participated in a consultation that the Spotlight secretariat convened with civil society. We reiterated the need for funding to go to those who need it most, and who create the most change on the ground, but who paradoxically face the most barriers to accessing resources.

Have your voice heard: endorse our list of recommendations to the Secretariat. 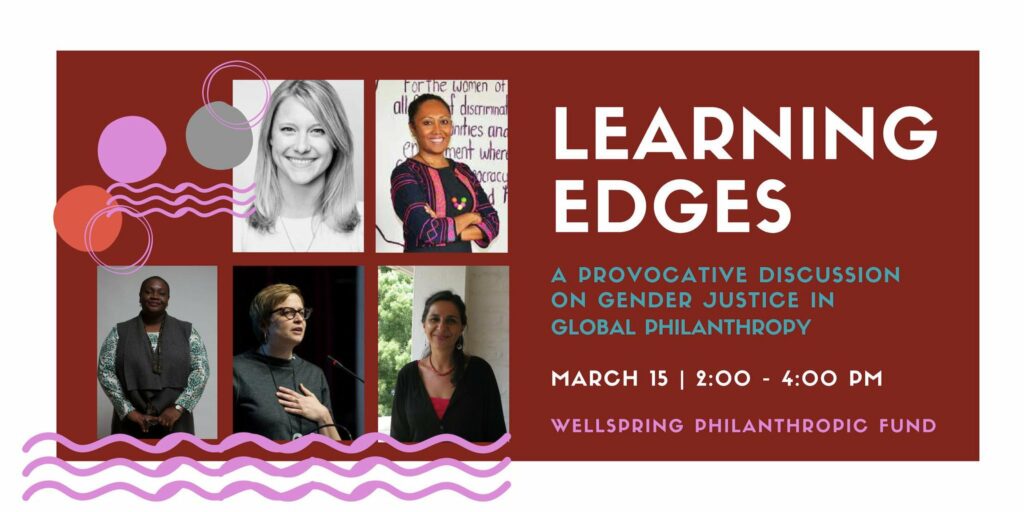 Many large human rights funders are also headquartered in New York City and have a tradition of convening around CSW. So we gathered some of the largest funders in the human rights sphere and engaged in a provocative discussion around the state of gender justice in the philanthropic world.

Learning Edges delivered on its provocative promise. Directors and co-leads of the Urgent Action Fund Sister Funds discussed power-sharing and raising resources as autonomous funds positioned globally as joint sister funds to redistribute resources to activists in the Global South and North fighting for gender equity. They were candid about the realistic challenges building power in this revolutionary way often presents.

A key takeaway we were left with: “According to a survey by Open Road Alliance 1 in 5 service based nonprofits will experience a disruptive event and 76% of funders don’t ask their grantees about risk. We do ask about risk and exist to eliminate and support nonprofits through the risks they incur because of their human rights work.”