The Gulf Coast has a rich history of grassroots activism to combat environmental pollution and climate crisis. Many community organizations have spearheaded intersectional movements to oppose extractive industries that are exasperating already polluted areas that are home to majority communities of color. In Louisiana alone, the notorious Cancer Alley is situated along an 85 mile stretch of land that has over 150 plants and refineries that release cancer-causing emissions in these community neighborhoods.

One of the groups leading grassroots community solutions is our grantee partner Louisiana Bucket Brigade (LBB). With over 20 years of direct action and advocacy experience, LBB has worked on many issues intersecting with environmental and climate justice and health rights. In the past, they have been a key player in fighting against BP oil spill disaster, coastal land loss crisis, post-Katrina environmental justice issues, Bayou Bridge Pipeline, Shell, Exxon, and currently, Taiwanese plastic plant, Formosa. 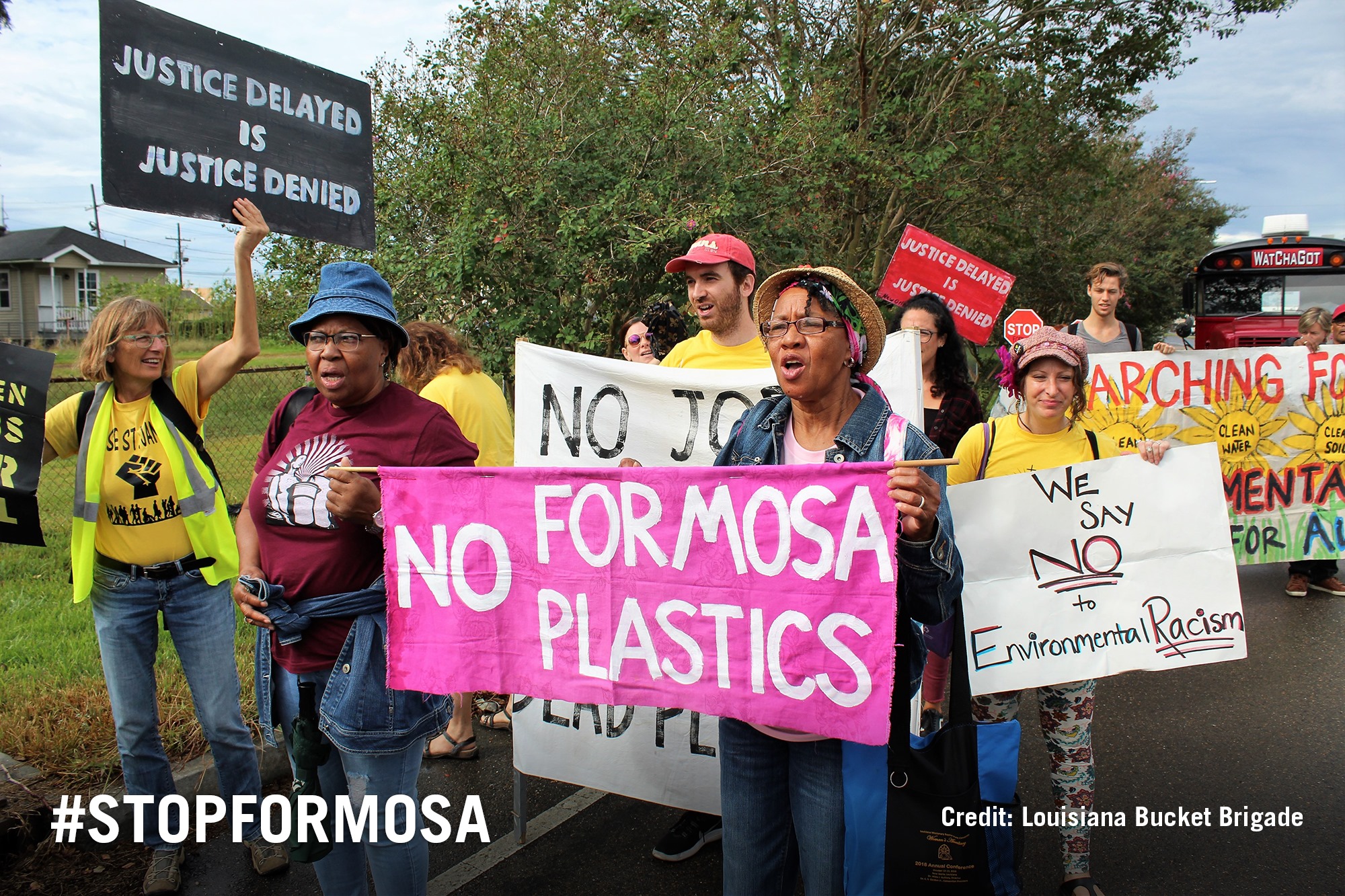 Photo Description: Advocates from the Louisiana Bucket Brigade and RISE St. James rallying together to protest the arrival of Formosa Plastic.

LBB, with their partner RISE St.James, are leading the fight to stop the planned construction of Formosa’s 14 separate plastic plants in St. James Parish, Louisiana. According to LBB, Formosa is “set to emit 800 tons of toxic air pollution each year, doubling toxic air emissions in St.James Parish and more than tripling the levels of cancer-causing chemicals in the region.” The plant will not only have a devastating impact on the health of St.James residents, it will also contribute to the worsening climate crisis by eroding wetlands and add to the plastic pollution in rivers and oceans. 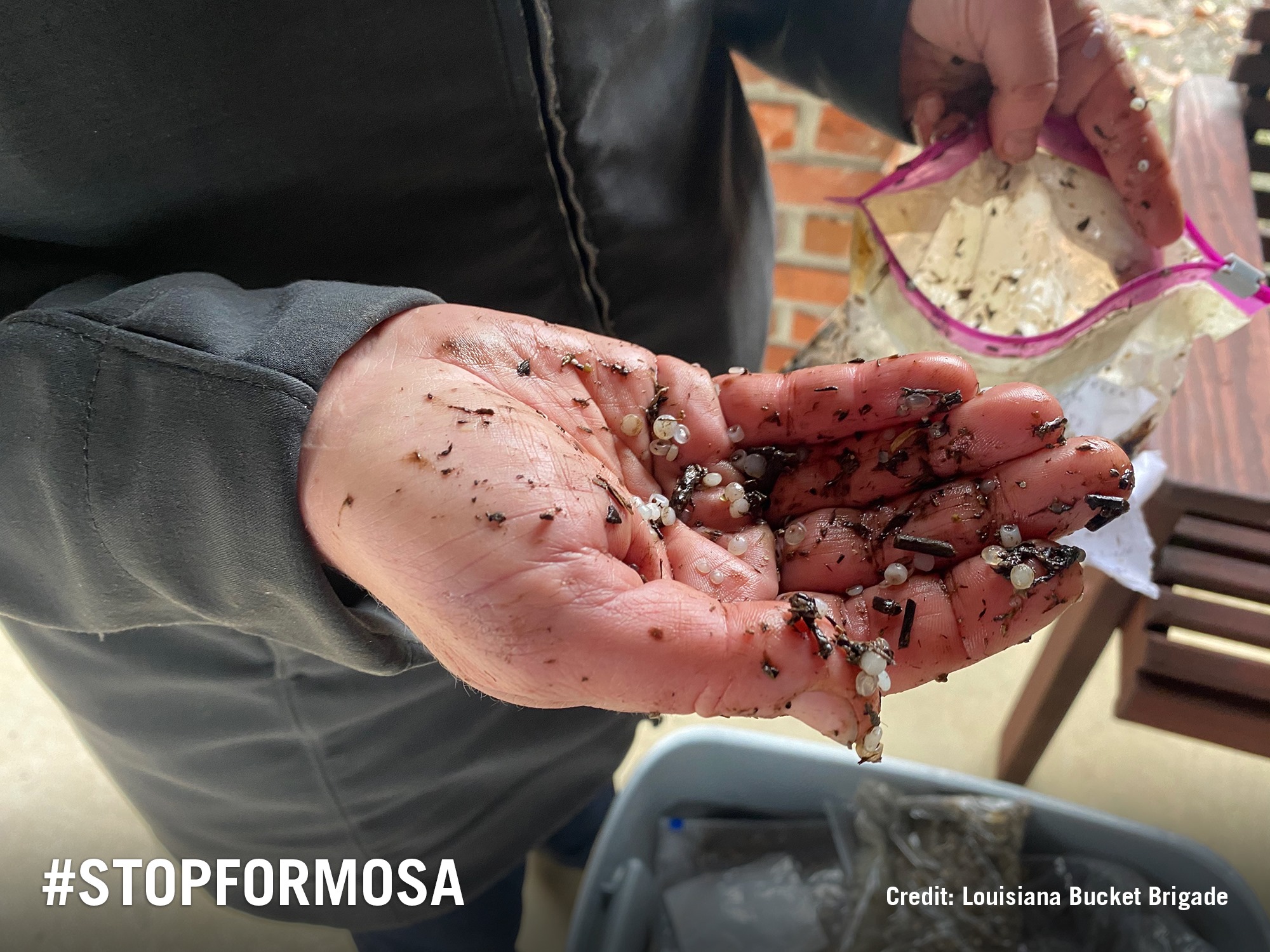 The issue with Formosa is not only one of climate and environmental crisis, but of environmental racism of local policymakers who greenlit the permits without proper environmental impact research and adequate input from the community. LBB founder Anne shared that “Formosa would be one of the largest plastics plants on the continent, and the Army Corps failed to give this project the scrutiny it deserves. We will not allow St. James Parish to be destroyed for the sole purpose of enriching a company from Taiwan.”

The compounding threats of both climate crisis and environmental racism is a common threat for frontline defenders. LBB and like-minded grassroots organizations are demanding a structural shift from capitalist extractive economies and move towards sustainable, regenerative economies that center frontline communities in addressing the climate crisis.

Taking on the extractive industry hasn’t come without its challenges. Nationwide, activists are taking on powerful corporations with their aggressive lobbying and militarized tactics and are raising awareness around the safety and security concerns faced by many defenders at the front lines. For LBB and RISE St.James, it means legal battles, trumped-up charges against defenders, and intimidation tactics to discourage activism. 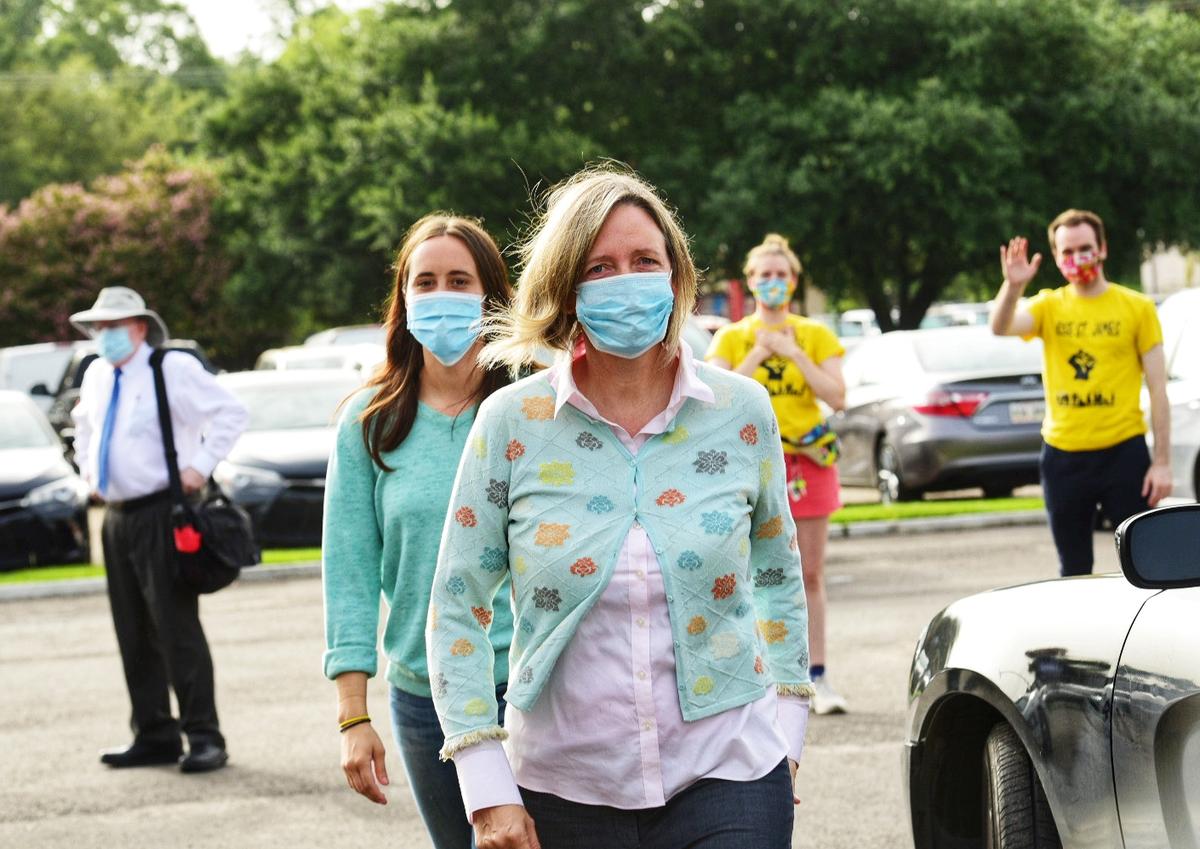 On June 25th, Anne Rolfes and Kate McIntosh, the Director and a Program Assistant at Louisiana Bucket Brigade, were charged with felony “terrorizing” for leaving a box of plastic pellets collected from Texas waters near a coastal Formosa Plastics facility on the doorstep of a fossil fuel lobbyist in December 2019. Also, RISE St.James leadership and organizers are continued to be harassed and intimidated to stop their activism against Formosa.

Although these intimidation tactics were used to subvert activism, LBB and RISE St.James have achieved tremendous success with their resilient work. On July 14th, LBB and allies successfully filed an injunction to block the construction of the project. The court sided with LBB and allies to allow temporary halt to the construction amid pandemic and pending lawsuit. In response, Formosa agreed to stop construction until February 2021, providing more opportunities for activists to protect impacted communities and wetlands.

This legal win has reinforced the fight against Formosa and the structural issues that prioritized economic gains over people’s health and the environment. Attorney for LBB and RISE St.James Julie Teel Simmonds shares that “Now that Formosa Plastics has agreed not to disturb graves and wetlands on the site through February 2021, we can focus on this project’s deeply flawed approval process.”

Their activism is a true example of powers of women’s leadership and the importance of grassroots solutions led by the impacted communities.