Generation Equality Forum (GEF) is the UN Women-convened summit to accelerate gender equality investment, kicked off in Mexico City on March 29-31, 2021, and culminated in Paris on June 30-July 2.

Earlier this year, Urgent Action Fund for Women’s Human Rights co-organized an event at GEF’s Mexico forum which focused on women human rights defender (WHRD)  protection with activists and representatives from philanthropy and government. There, WHRD speakers from various regions shared collective movement demands on WHRD protection with governments and donors. During the event UAF grantee, Lilit from the Right Side NGO participated and called for the recognition of WHRDs and an end to stigmatization and hate campaigns against WHRDs.

Looking back at the Mexico Forum, although we saw lively discussions and intersectional collaborations amongst the civil society organizations (CSO), there remains a significant challenge of inclusivity and institutional barriers for civil society organizations to fully and effectively participate. To name a few, we saw pushback on gender-based violence (GBV) language rather than violence against women (VAW), pushback on radial economic justice demands, infiltration of anti-choice groups, and the exclusion of trans people and sex workers. Although these are ongoing disappointing trends, UAF is committed to raising these issues and challenge spaces that exclude WHRD’s expertise. 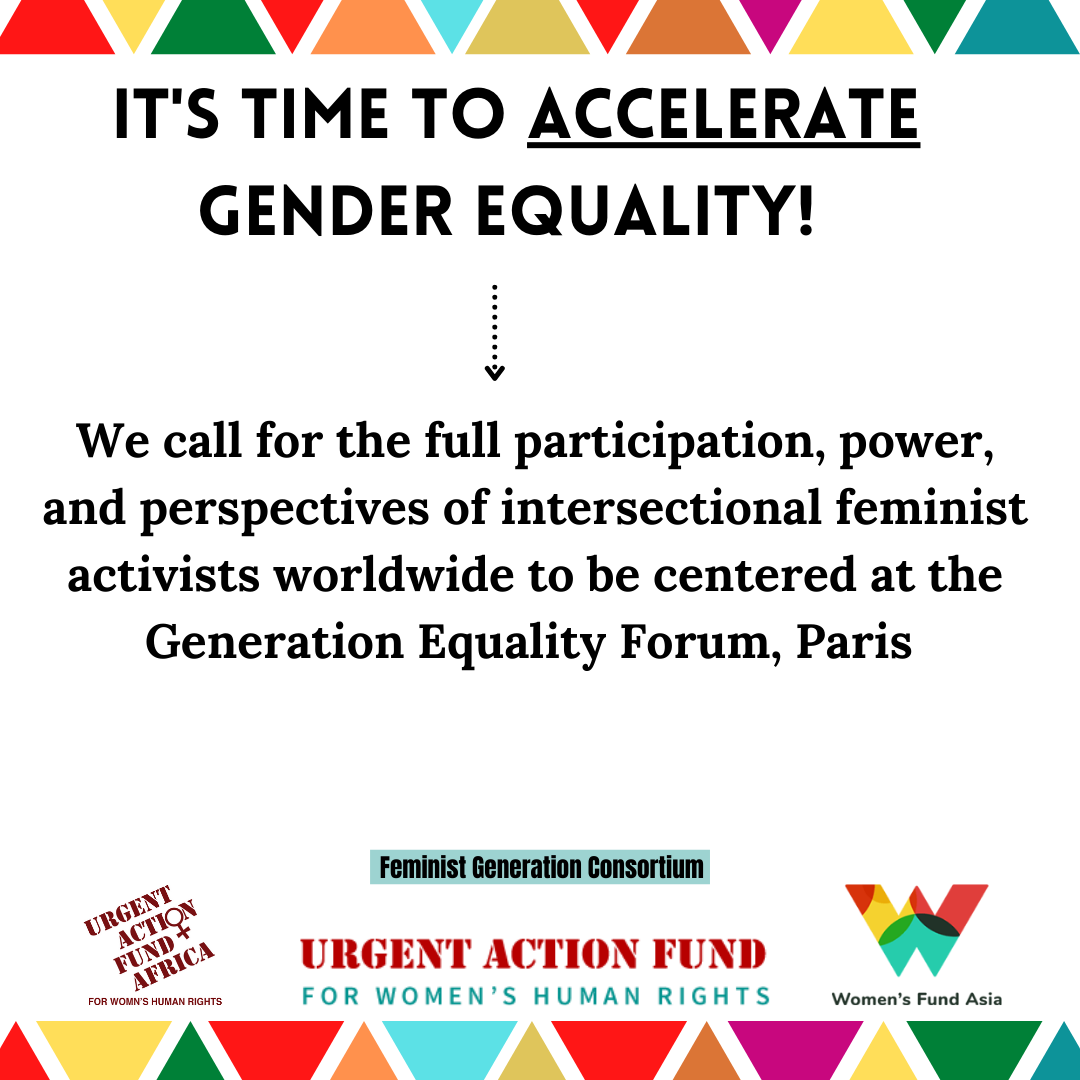 From June 30 -July 2, Urgent Action Fund for Women’s Human Rights participated in the Generation Equality Forum’s Paris Forum. The GEF Paris Forum was the most important opportunity civil society organizations and WHRD’s have had in nearly three decades to center the power, participation and well-being of women, girls, trans, gender non-binary and intersex people. There, UAF continued advocating and challenging inclusivity and institutional barriers for CSO’s and WHRD’s at GEF.

Together we urged United Nations and Generation Equality Forum leaders to recommit to ensuring feminist movements are equal partners in the global gender justice agenda. Read our full call to action for substantive participation here. 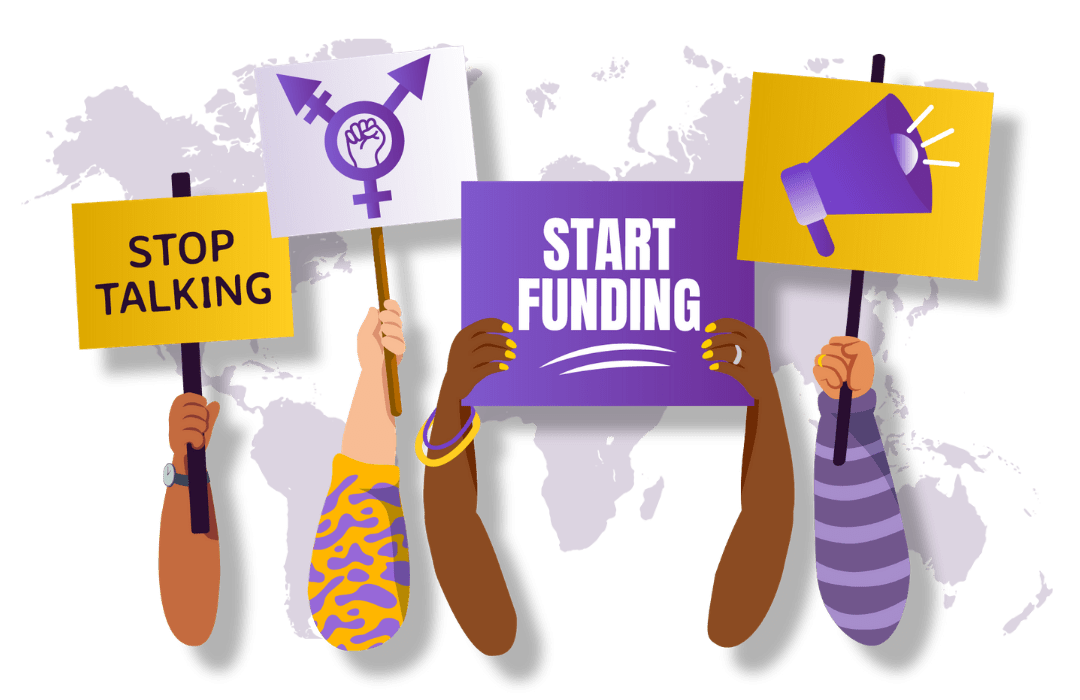 During the GEF Paris forum, UAF also participated in #StopTalkingStartFunding, a global campaign led by French feminist movements to end GBV and apply pressure on decision-makers during the GEF process. The call was to dedicate 0.1% of GPP to fight against GBV. Together we were calling on heads of state to end sexual and gender-based violence and urging them to make concrete financial commitments to end GBV.

At the GEF Paris Forum, UAF also engaged with multiple partners to advocate for substantial financial commitments from states for feminist movements. Alongside peer donor and feminist organizations, UAF participated in the development of a new proposed funding initiative called the Global Alliance for Sustainable Feminist Movements to increase sustainable and better-coordinated financial and political support for feminist movements.