A Message from Urgent Action Fund for Women’s Human Rights 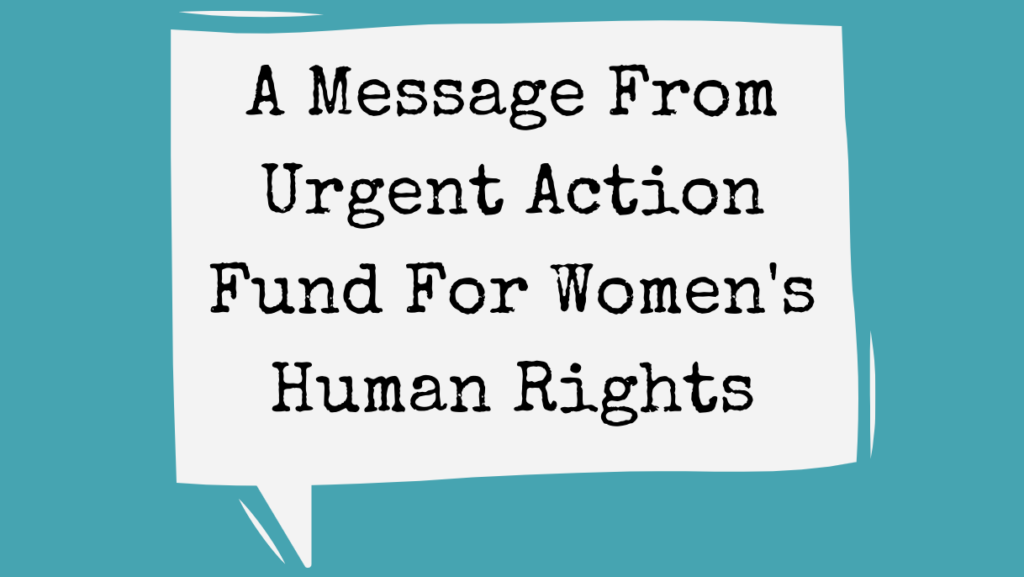 We begin this week after witnessing uprisings across the United States and a number of other countries demanding justice for the killing of George Floyd. We are heartbroken, our spirits weary, our emotions filled with righteous anger. We grieve the murders of George Floyd, Breonna Taylor, Ahmaud Arbery, Toni McDade, and the other named and unnamed Black, Brown, and Indigenous people who have been violently killed in the United States by police brutality and anti-Black racism.

The legacy of systematic racism is entrenched within our society and we must work actively to dismantle it. An unapologetic commitment to justice for Black communities is justice for all communities. Silence is complicit and if we remain silent about the violence against Black lives and bodies, we are part of the problem.

As a public foundation, supporting activism domestically and outside of the United States, we also recognize that the collective struggle for justice and freedom to live in dignity is global. As a feminist fund, we recognize that the movements for gender justice and racial justice are intertwined. Whether in the United States or Palestine, ending police brutality and racist systems cannot wait. Fighting patriarchy and white supremacy extends from Hungary to Lebanon and around the world. When we look closely, we realize we are not alone. Our fights for humanity are linked across borders.

We lift up the families and communities who have lost loved ones to police brutality. We salute the organizers and protestors who are exercising a civil and political right and standing at the frontlines of justice. We are with you. We are you.