Urgent Action Fund is led by an activist Board of Directors, who represent communities around the world. Urgent Action Fund’s decision-making is grounded in an international, feminist framework. Board members play a critical role in advising the Rapid Response Grants program as well as guiding the strategic direction of the organization. 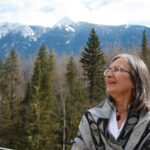 Dr. Val Napoleon is a Faculty of Law at the University of Victoria where she established and directs the Indigenous Law Research Unit, and dual JD and Indigenous law degree program. Val’s current research focuses on Indigenous legal traditions, legal theories, feminisms, citizenship, self-determination, and governance. Val is a Provost’s Engaged Community Scholar, Law Foundation Chair of Aboriginal Justice and Governance, and from Saulteau First Nation (BC Treaty 8). She is also an adopted member of the House of Luuxhon, Ganada, from Gitanyow (northern Gitxsan). 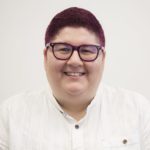 Ruth Baldacchino is a trans, queer and feminist activist from Malta with extensive experience in community organizing, international LGBTIQ activism, and LGBTIQ research. Their human rights work started with the Malta LGBTIQ Rights Movement. Ruth is currently ILGA World Co-Secretary General and has served on a number of boards including IGLYO, ILGA World, and ILGA-Europe. 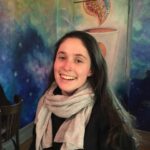 Dorianna Blitt is a graduate of New York University’s Gallatin School of Individualized Study where she concentrated on the intersection of neoliberalism and human rights. During her time at NYU Dorianna conducted research internationally on women’s human rights Non-Governmental Organizations (NGOs) with a focus on economic rights. This has informed her current involvement in the field of impact investing. Dorianna had an internship with Urgent Action Fund in 2014 and she currently serves on the UAF investment committee. 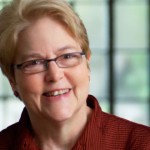 An activist, author, and organizer in women’s and human rights movements for over four decades, Charlotte is the Founding Director and Senior Scholar at the Center for Women’s Global Leadership at Rutgers University. She is the author of numerous essays and books and has edited or co-edited nine anthologies including the Center’s reports on the UN Beijing Plus 5 Review and the World Conference Against Racism. Charlotte’s contributions to women’s human rights movement have been recognized by many. She is a recipient of the White House Eleanor Roosevelt Award, a member of the National Women’s Hall of Fame, and was one of the “1000 Women PeaceMakers” nominated for the Nobel Peace Prize. 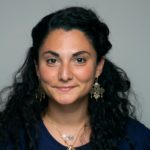 Paola Salwan Daher is the global advocacy adviser at the Geneva Office of the Center for Reproductive Rights, a legal advocacy organization that uses the law to advance reproductive freedom as a fundamental human right. Her work focuses on advocacy with the Human Rights Council and on issues of sexual and reproductive health and the rights of women and girls affected by conflict. Prior to joining the Center for Reproductive Rights, Paola worked on human rights in the MENA region as a UN Advocacy Representative at the Cairo Institute for Human Rights Studies, and as a Policy Officer at the Collective for Training on Development- Action in Beirut.

A feminist activist, Paola was a member of the Feminist Collective Nasawiya in Lebanon, where she worked on many initiatives pertaining to sexual and reproductive rights, violence against women, and refugees and migrant women’s rights in Lebanon. She is also a writer and has contributed to many outlets such as Sawt Al Niswa, Young Feminist Wire, Solidarités, Al Akhbar, and others. Paola has also published two novels.

Wanda Nowicka is a Polish activist in the field of women’s rights and health, especially human rights since the beginning of the 1990s. During 2011-2015, Nowicka served as an elected Member of the Polish Parliament (Sejm) and its Deputy Speaker. She is currently a member of Sejm elected for a second time (2019-2023). She is a Chair of the Parliamentary Women’s Rights Group.

She is a co-founding member of the Polish Federation for Women and Family Planning – a pro-choice Polish NGO advocating for reproductive rights. Currently, she is the Honorary President of the Federation. Nowicka is also a founding member of ASTRA – Central and Eastern European Women’s Network for Sexual and Reproductive Health and Rights. She is the author of many articles and papers on women’s rights, sexual and reproductive health, and rights published in Poland and internationally. In 2008, Nowicka was awarded the University-in-Exile Award by the New School in recognition for her engagement in the struggle for women’s reproductive rights. In the academic year, 2017-18 Nowicka studied bioethics, medical law, and philosophy at Warsaw University, where she also lectures, and at Sorbonne, Paris. 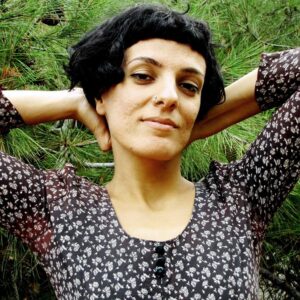 Milena Abrahamyan is a feminist peace and justice activist based in Armenia. In the past, she has worked with a number of civil society organizations focusing on women’s rights and advocacy, peace-building, conflict transformation, and philanthropy. She has published research on topics related to feminist peace, the culture of peace, women’s NGOs, and militarized masculinity. Some of the projects she is most passionate about including the feminist solidarity and trust-building initiative she co-founded in 2012 with Turkish, Kurdish, and Armenian peers and all previous projects she has been involved in, which used performance art, healing modalities, and body movement as methods to build a more collective context. Milena holds a Bachelor’s degree in Women and Gender Studies and a Master’s in Peace and Conflict Research and has been the recipient of the Rotary Peace Fellowship as well as the Atlantic Fellowship for Social and Economic Equity.

Lina Abou-Habib is the Director of the Asfari Institute for Civil Society and Citizenship at the American University of Beirut.  She also teaches undergraduate and graduate gender courses at the Faculty of Arts and Sciences at the American University of Beirut and is the Gender Project Director for the AUB MEPI-TLS Program.  She currently serves on the Boards of Haven for Artist and the Collective for Research and Training on Development – Action.  She also serves as MENA Advisor for the Urgent Action Fund and is a member of the Editorial Committee of the Gender and Development Journal published by Oxfam.

Lina Abou-Habib was previously the Executive Director of Women’s Learning Partnership and before that, the director of CRTD.A. She has worked extensively with the Royal Tropical Institute (KIT) and with several international and regional organisations in designing and managing programs in the Middle East and North Africa region on issues related to gender and citizenship, economy, trade and gender and leadership. She served as the Secretary and then as the Chair of AWID and has considerable experience in feminist qualitative research, gender analysis, and training/facilitation and writes regularly on the issues of care work, citizenship, feminist recovery, and feminist movements in the MENA region.  She was a PhD candidate at the Faculty of Applied Humanities, Institute of Public Policy (Auckland University of Technology).  As a global gender consultant, Abou-Habib worked in most countries of the MENA region, in West Africa and the Caucuses.

“An activist fund is one that speaks truth to power, and is able to prioritise and represent trends and colours from women who are often excluded from being heard because of language/culture/class/ethnic differences.”